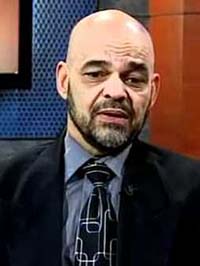 Is Ancient America nothing more than the missing pages of Black history? Perhaps so! New documented insights are being brought forward by Dr. David Imhotep Ph.D., former nutritionist of Muhammad Ali, and author of The First Americans Were Africans: Documented Evidence. He is quickly changing the ancient imagined faces of America and replacing them with astounding myth busting evidence of who the first Americans really were. On the eve of Black history month we thought it fitting to recalibrate Black history not as a tragic side note of American history but the very foundation of America and its rise as a global power.

1.  The first Americans were Indians - Ok, this is the one everyone knows to be true right? Dr. Imhotep’s book gives detailed evidence about this fact. He says there are tens thousands of years of African travels to the Americas before the Indians arrived.

2.  Columbus discovered America - This is a very old argument that most people have given up on. Columbus’s journeys were noteworthy for a number of reasons but “discovery” should not be attached to any of them.

3.  Whites were the first to conduct international trade - This is very hard for most modern Americans to imagine international trade without White Americans involved, but it existed for thousands of years before they were in existence. The Pier and Harbor at Bimini, Bahamas substantiates this.

4. The mound builders were Native Americans - Some American mounds are clearly the work of master builders, but they were not Indians. This is one fact the Smithsonian does not advertise.

5. Vikings discovered America - We already destroyed this one, but to make it clear: the first European people in America were not the first to discover it. They were among the last to discover the New World behind the Africans and Asians.

6.  Pilgrims were the first farmers in America - Was it not the Native Americans who saved the Pilgrims from starving their first winter with the crops they grew?

7.   White people built the first roads and canals in America - Roads and canals were built by Africans far before Europeans came. Some can still be seen in southwestern USA.

8.   The first Eskimos were Asians - Oh...come on Dr. Imhotep, you’ve got to be kidding me--is what you are probably thinking about this one right? The answer... two words: documented evidence! Documentation trumps conversation, and the evidence clearly shows the original Eskimo’s really were not from Asia.

9. The first Black Africans were brought to America during the Slave Trade - In the Americas; this is a standard and tragic myth because it turns out that the ancestors of many of the people brought here during slavery were already well established in the travels to America for tens of thousands of years.

These claims are easily substantiated with evidence in every case. In short, Dr. Imhotep has laid out the blueprint for correcting American History and every American should be willing to learn about their first founding fathers. This is the foundation of the America we know and love and everyone should be proud of our collective African heritage. It’s also a part of what makes us great! So this Black History Month we should also celebrate the contributions of the great “African American” founders who made it possible for others to walk in their shadows even while they were being written out of history. In short, we should celebrate Black history every day because without Black history there is really no American history, it’s really that simple!

Dr. David Imhotep is America’s First PhD in Ancient African History and author of the book "Africans Were The First Americans: Documented Evidence". For more information or to schedule him for an interview, please contact Marcus Malcolm at info@bettermarketingmastery.com or www.HistoricTruth.info