We pledge resistance to this renewed attack on our communities. As we resist, we will create new governing institutions, new economic relationships, and new ways of being human. What we will not do is sanction and/or normalize “overt” white supremacy.

Let’s start now. Let’s make the so-called inauguration day a day to resist a day to be ungovernable and plan for a new future and new way.

On January 20, self-organize a day of action. If possible don’t ask for permits assert your right to free speech and assembly, let it be a day of mass demonstrations, civil disobedience, and direct action and strikes.

In the evening of January 20 at 6pm join us for a nationwide town-hall on what comes next in these times. 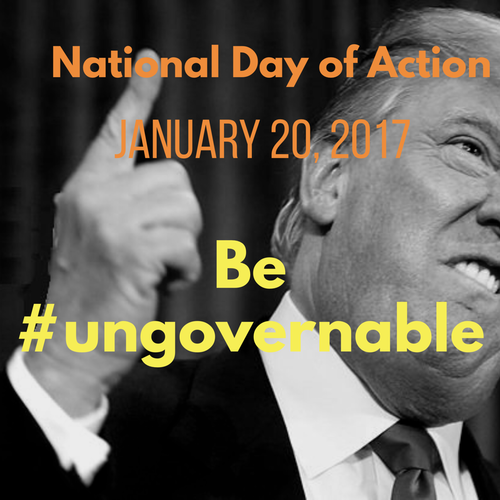