On Wednesday, August 27th at Bus Boys and Poets Restaurant in Washington, D.C., a focal point for progressive artistic expression and political thought, hundreds gathered for a powerful discussion of the police killing of Michael Brown in Ferguson, Missouri and the epidemic of police misconduct, violence and killings in Black communities across the nation.

Prior to the presentations of a panel of leading civil rights/human rights advocates and organizers, the audience heard moving testimony from Ericka Totten, a young activist, who was part of a contingent of young people from Washington, D.C. that had traveled to Ferguson to support the protests. She recounted numerous instances where peaceful protesters and innocent bystanders were assaulted by the police and reported that the killing of Michael Brown had galvanized young people in Ferguson and around the country to resist police repression and to fight for change.... 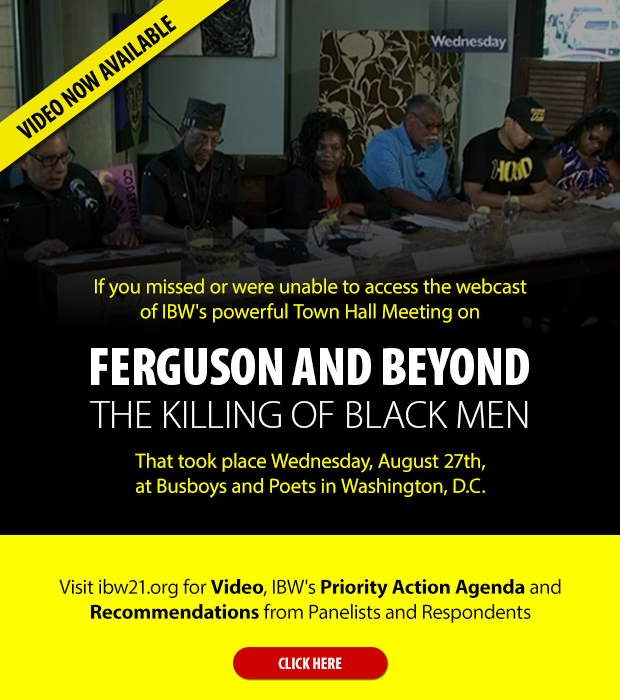 Previous
Next
Loading ...
Tags: the news in picture, africans, pan-africans, picture-blog, picture-story
E-mail me when people leave their comments –
Follow