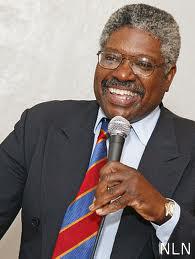 Organization is a derivative of “organism” and organism is defined as “mutually interdependent parts functioning together.”  Ethics is required in any organization.  It is the glue that binds members of an organization.  Blacks must consciously practice ethics.  The absence of ethics accrues to an absence of organizations.

Blacks are not taught ethics in public schools and few Blacks elect to take ethics courses in college.  Instead, Black children are taught obedience in public schools.  Ethics is concerned about relationships and the duties arising from relationships.  During the four hundred years of enslavement of Africans in America, the relationship between the slaveholders and Blacks was based on obedience.

When Blacks were given the right to vote, they were not given voter education.  Even today, too many of us approach polling booths like our ancestors approached the cotton and tobacco fields.  They put everything into those fields and made no demands for their labor.  This practice gave rise to “plantation politics.” This must be corrected.

“Black Solidarity Day” 2020 is officially November 2.  However, Black solidarity should be internalized and conscientiously practiced daily throughout the year.  Group choices should reflect self-determination, which is a perquisite of independence and financial stability. Our own independent political party for example, will empower us with leverage to bargain successfully and to make contracts. On the other hand, the two-party system has militated against the Black people’s ability to self-actualize and to thrive as a community.

1. "Code of Ethics" for the Black Community

6.  Rankings of Black Professionals and Leaders by Community Achievements

10.  End the Disenfranchisement of Black Parents in School Systems

14.  Commission for a Black Dictionary

15.  Study of Historical Figures in the Black Struggle

17.  Advocate and Lobby for “Historically Black Colleges and Universities”

19.  End the Derogation of Black Culture for Profit

22.  End the Practice of Financing and Endorsing Our Own Oppression

23.  An Appreciation of "Debits" and "Credits" in the Black Community

26.  Produce a Black Calendar for the Celebration of Black Holidays (365 days)

28.  Voting Daily with Your Dollars Matters

38.  Deregulation in the Formation of Political Parties

39.  End the Practice of "Plantation Politics"

42.  Separation of Church and State

We need to internalize and practice  HELP:  (History Ethics Logic Philosophy).  HELP, which constitutes the "four corners" of a contract, and is the sine qua non of capitalism.  History represents the frame of reference.  Ethics is the “glue” that binds all us together.  Logic is the ability to think critically and collectively.  Philosophy forms our belief system:  "Race First."