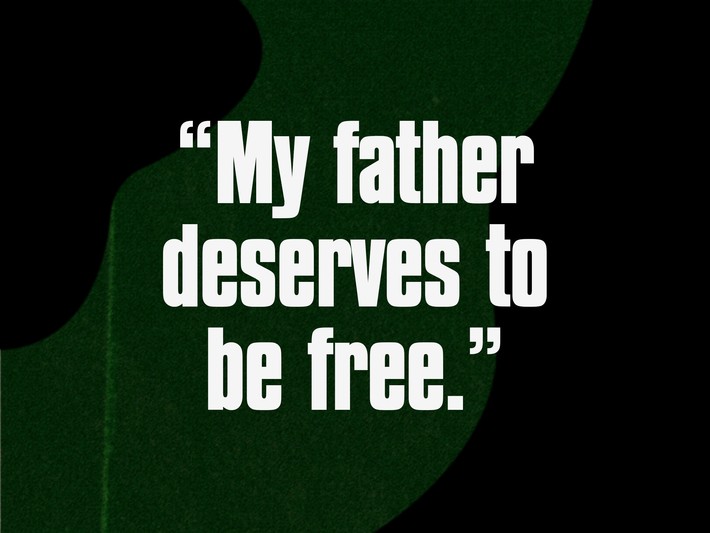 Russell ‘Maroon’ Shoatz and Russell Shoatz III share how they built an unshakable relationship in spite of incarceration and separation. 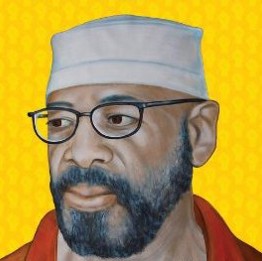 This article is part of Abolition for the People, a series brought to you by a partnership between Kaepernick Publishing and LEVEL, a Medium publication for and about the lives of Black and Brown men. The series, which comprises 30 essays and conversations over four weeks, points to the crucial conclusion that policing and prisons are not solutions for the issues and people the state deems social problems — and calls for a future that puts justice and the needs of the community first.

Russell “Maroon” Shoatz is an activist, writer, founding member of the Black Unity Council, former member of the Black Panther Party, and soldier in the Black Liberation Army. Incarcerated since 1972 and now 77 years old, Maroon is serving multiple life sentences in Pennsylvania as a U.S.-held political prisoner of war. After escaping prison twice, in 1977 and 1980, he earned the name Maroon from fellow incarcerated men, a nod to Africans who fled chattel slavery and created autonomous communities throughout the Americas. His son, Russell Shoatz III, is a longtime activist, educator, and live event producer. For the past three decades, he’s worked tirelessly for his father’s freedom and that of all U.S.-held political prisoners.

Below, Maroon and Russell discuss their life together while being kept apart, the traumas they’ve suffered at the hands of the carceral state, and how, in spite of all of this, they still have an unbreakable relationship as educators, as freedom fighters, and as father and son.

This conversation has been edited and condensed for clarity.

Russell “Maroon” Shoatz: From as far back as I can remember, my son has intrigued me with his analysis on a multitude of different subjects. I guess it should come as no surprise since the Shoatz family is steeped in a long tradition of education and profound thinkers.

Russell Shoatz III: Some of my earliest memories are of attending Samuel B. Huey Elementary School on 52nd and Pine in West Philadelphia. My mother worked at the school.

Maroon: My mother, Gladys Shoatz, was a trailblazer in supporting her community and her neighbors’ families in Philadelphia. She made sure that the educational systems worked for her community and that the people knew exactly what they were supposed to receive from the school board.

My now-deceased sister Ida Shoatz also became an educational icon in Philadelphia and abroad. In Peru, she helped organize school lunch programs for over a dozen villages in the Andes. When she returned home, Ida channeled her experiences back into her own community, challenging the educational system to properly serve poor and disenfranchised communities in ways few, if any, African American women had before. My other sister, Dr. Suzette Hakeem, also became a lifelong education advocate and supported countless students of all ages.

So over 40 years ago, when my son, Russell, began to ask me about a myriad of topics — my criminal case and why I was incarcerated, my spiritual beliefs, my cultural beliefs, what books I was reading, my relationships with women — I immediately knew we would be engaged in a lifetime educational journey.

Russell: From my formative years until I was a preteen, my mother was extremely diligent in shielding me from any harm or danger and specifically making sure that any of the political actions that my father was involved in from the turbulent ’60s didn’t affect my growth, development, and abilities to prosper in general.

In elementary school, though, I first began to recognize that I was a little different than most children around me. My good friend Reginald Barnes, whose father was a police officer and a pastor, would occasionally invite me over to do homework. Mr. Barnes told me that every time I came over to study with Reggie, he would bring us pizza. I was more than obliged to take him up on this offer.

Shortly after, my father escaped from prison for the first time. It was a surreal experience, especially in the context of Philadelphia in the ’70s, widely experienced by Black and disenfranchised communities as a police state. Frank Rizzo was the police chief, and police terror reigned.

That day started off as usual, but just as first period was beginning, we were all alerted by the sound of a three-toned xylophone over the public announcement system. Usually, the xylophone would be followed by a fire drill or some other school-specific message. This time, however, it was considerably different as the principal began delivering what can only be described as a student’s dream: He stated that there would be an early dismissal that day! The entire school, myself included, erupted in joy at his proclamation.

But that joy would soon turn into bewilderment. As my classmates and I exited the building, we discovered our school was surrounded by Rizzo’s police force, armed to the teeth. A teacher walked me across the street to my home. But it wasn’t the home that I had known. My home was filled with intruders. The intruders were police officers — police officers who I immediately saw as a threat. I witnessed my mother intensely arguing with them. I watched those intruders set about destroying everything in the house, from furniture to framed family photos. They claimed that they were looking for my father.

From that day on, school at Samuel B. Huey would never be the same. Nonstop, classmates would ask me how my father got on TV. Regularly, some of my childhood friends would bring up that my father was on the front page of the newspaper. What stays with me the most, though, is classmates casually saying, “Tell your father to escape again so that we can have another early dismissal.” I was only 10 years old.

Yet, to some of my peers, all that mattered about him was the possibility of getting another day off from school.

PLEASE DONATE TO HELP OUR POLITICAL PRISONERS AND POWS!
YOU CAN DONATE ON PAYPAL TO NYCJERICHO@GMAIL.COM