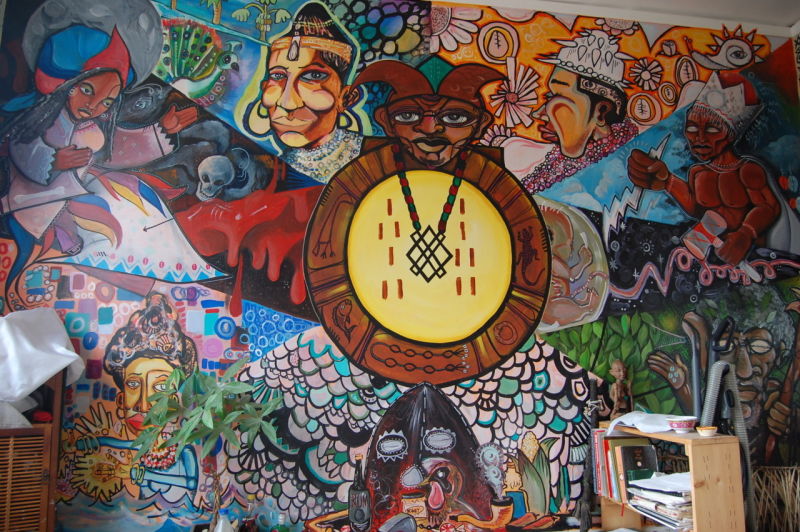 Soul Searching is our series about how the most secular generation in history is changing the face of religion.

Let’s start off with gratitude: Thanks to the Trump era, the hypocrisy of evangelical Christians has become obvious. There should be a gold medal awarded for the outrageous feats of mental gymnastics performed by “family values” champions who condemn the LGBTQ community one minute and vote for accused sexual predator Roy Moore the next. Or pastors who will shout from their pulpit about the dangers of idolatry one Sunday, then unironically lambast Colin Kaepernick for disrespecting the flag.

Many Americans have winced at the sanctimony among the Christian community, as more people steadily move away from church. Recent polls have shown that a fifth of Americans don’t have any religious affiliation at all, a number that is steadily growing every decade. Although black Americans still tend to be more religious than the general population, those under 30 are three times as likely to avoid religious affiliation as black people over 50. I am one of them.

But even though more young black people are leaving organized religious institutions, that doesn’t mean we’re not spiritual. Steadily, it seems like when we move away from the Christian church, we move towards less organized spiritual practices based on traditional African spirituality. There have been no knocks on the door, no pamphlets, no billboards, no late-night hotlines, no viral video campaigns. And yet, an unnamed spiritual movement reimagining African tradition and nature-centered spirituality has been growing among young black Americans.

Traditional African spirituality is an umbrella term for an assortment of beliefs that may or may not fit into a particular dogma. It can be Ifá, Vodou, Santería, Candomblé or other variations of Yoruba religious traditions, coming from the West African region of Benin, Togo and and Southwestern Nigeria. Deemed to be over 10,000 years old, the commonality of the Yoruba traditions is a reverence for spirits that reflect aspects of nature or Orishas, as well as one’s ancestors. Integration of African religious tradition can manifest as ancestor reverence, nature-based spirituality, or general witchcraft. There is a growing focus on beliefs outside of the Judeo-Christian-Islamic God, and the effects of colonialism... CONTINUE READING FOR MORE