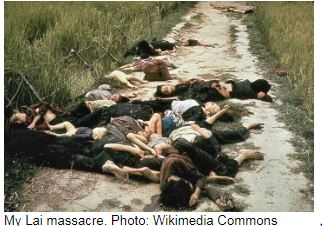 The New York Times published an editorial yesterday, Sunday, May 24, with the title “Why Does the U.S. Military Celebrate White Supremacy?”1 The editorial questions, exposes and condemns the long-standing naming of U.S. military bases with names and figures drawn from the white-supremacist slave-upholding Confederacy, including some of the largest and most “storied” like Fort Benning and Fort Bragg—and righteously urges their renaming.

This is indeed an ugly reality—and it is positive that the NY Times editorial is highlighting this, especially in the age of Trump-Pence, and their regime’s openly white-supremacist rhetoric, acts, program and social base. It is significant that the Times IS exposing this ugly and outrageous reality—hiding in plain sight—on Memorial Day! And it is positive that there has been a movement to remove the names and monuments to the Confederacy in the last few years since the murder of nine Black churchgoers in Charleston, South Carolina, by white-supremacist Dylann Roof.

But, at the same time, the NY Times completely elides the far more fundamental truth, that the question of white supremacy and its celebration in the military is not just limited to the Confederate scum criticized by the Times. Since the founding of this country, white supremacy has been interwoven into its history, and with the fabric of this society and its system of capitalism—and the U.S. military, in imposing the rule of this oppressive and exploitative system and carrying out its objectives, is a concentration of this country and system’s attributes, morality and goals. This defining feature has found particular expression as the U.S. has become a global power presiding over the system of capitalism-imperialism, ruthlessly dominating parts of Latin America, Africa, the Middle East and Asia with unprecedented brutality and horrific violence, largely carried out against non-white peoples in the service of American imperialism.

This system in this country was founded in genocide and slavery. From the beginning, African-Americans and Native Americans were treated as “pariahs,” a caste of people less than human and not deserving of the same rights and opportunities as the European settlers of the territory. White supremacy was poured into the foundation and into every institution of the country.2