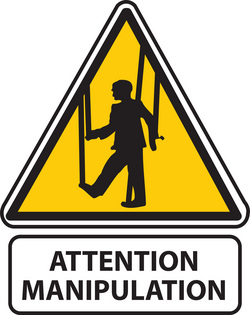 If we truly want to comprehend modern propaganda and how it impacts our views of reality we have to go back to Edward Bernays and learn how he melded mass psychology and psychiatry with traditional advertising to create a nefarious blend of cognitive manipulation, behavior modification and social reengineering that our current overlords are utilizing on a global scale.

Bernays had this to say about mass psychology and social manipulation, “The systematic study of mass psychology revealed to students the potentialities of invisible government of society by manipulation of the motives which actuate man in the group. Trotter and Le Bon, who approached the subject in a scientific manner, and Graham Wallas, Walter Lippmann and others who continued with searching studies of the group mind, established that the group has mental characteristics distinct from those of the individual, and is motivated by impulses and emotions which cannot be explained on the basis of what we know of individual psychology. So the question naturally arose: If we understand the mechanism and motives of the group mind, is it not possible to control and regiment the masses according to our will without their knowing it.” Propaganda  by Edward Bernays page 47 (underlined emphasis mine)

From Bernays perspective a select few, whom he referred to as, “the invisible government” had the right to manipulate, “control and regiment the masses according to our will without their knowing it.” The ruling elite took Bernays’ ideas and began implementing them immediately. The Nazis as well as other Western governments successfully employed Bernays techniques throughout the early to late twentieth century and now with more advanced technology, manipulators are able to implement them with dazzling success. Keep in mind for Bernays and his ilk the key is to manipulate and regiment us without us knowing this is going on and exactly what is being done to us!

Vance Packard in his book The Hidden Persuaders which was first published in 1957 revealed the psychological techniques and tricks like subliminal imaging and messaging advertisers and marketers were using to entice people to purchase their products. But these techniques are also used to create “consensus” for and acquiescence to public policies such as genocide and war. They use emotions to foment reactions in the mass mind which in turn lead to perceptions and behaviors the manipulators wish to evoke.

Bernays says this about the role of propaganda in politics, “No serious sociologist any longer believes that the voice of the people expresses any divine or specially wise and lofty idea. The voice of the people expresses the mind of the people, and that mind is made up for it by the group leaders in whom it believes and by those persons who understand the manipulation of public opinion. It is composed of inherited prejudices and symbols and cliches and verbal formulas supplied to them by the leaders.” Ibid page 92 (underlined emphasis mine).

Bernays and his acolytes: the corporate CEOs, government leaders, NGOs and assorted megalomaniacs apply psychology to manipulate the masses; and modern technology enables them to do it extremely effectively.  Go to this link and read this article to glean more information about manipulation, how to detect it and avoid being manipulated: Red Flags Are you Being Emotionally Manipulated by Zawn Villines  at https://www.goodtherapy.org/blog/red-flags-are-you-being-emotionally-manipulated-0917197

Of course Garvey was coming from an ethnocentric perspective and space. Garvey was not advocating we mimic others in their megalomaniacal, self aggrandizement to the extent we negate our own genius and accomplishments; no far from it. He was saying we must recognize propaganda exists and have our own counterpropaganda; we must not fall for the propaganda of those who have a long history of hatred and oppression against us.

For example we must be extremely skeptical of a medical and pharmaceutical establishment that for a hundred years excluded us, refused due to racial apartheid laws to treat us and when they did they did so in ways that negated our humanity. We must not believe all of a sudden these people have changed that now they want the best for us; especially in light of the fact we as a people are the sickest segment in American society! Here’s one example, where is their campaign to stem the rampant infant mortality in our community?

It’s time for us to reverse what Malcolm X said of us,” you’ve been had, took, hoodwinked, bamboozled and led amok” It’s time we became wise, smart, intelligent, resourceful and literate enough to decode and deconstruct the propaganda aimed at us 24/7365.