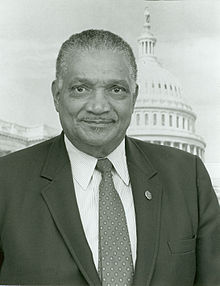 Chicago, IL US House-IL01 candidate Jimmy Lee Tillman, II ( R) says the November 2018 election is “a challenge to the Old Guard in Congress, who has decided not to meet with the President, and to restore power to the people.” This election draws similarities to 1992 election when Rep. Bobby Rush defeated the incumbent Rep. Charles Hayes.

The Chicago Reader's Ted Kleine wrote in Is Bobby Rush in Trouble?

“The First Congressional District seat is a bellwether of black leadership in Chicago. When Rush took it from 74-year-old Charles Hayes in 1992, his victory was seen as a sign that the militants who'd come of age in the late 1960s were taking over from the preachers and funeral directors who led the integration marches in the days of Dr. Martin Luther King.”

Tillman, who came of age in the 1990s during Rush's tenure in Congress, believes his generation was negatively impacted by legislation that Rush supported, like the Clinton Crime Bill. “The charges made against Rep. Hayes in the 90's can stand against Rep. Rush today”, said Tillman.

The Tribune reported that as a candidate for Congress Rush said:

“Hayes was a do-nothing congressman who embodies what frustrated voters perceive as Capitol Hill`s inertia. Hayes and Congress, Rush said, are ''out of touch with what`s happening on the streets of Chicago.''

In 2018, Chicago is in the national spotlight for the record number of shootings, the high Black unemployment rate, and a failing school system. Tillman says, “Because Rep. Rush is refusing to meet with the President the 1st District needs are being ignored. This is a clear case of taxation without representation.”

Another similarity to the 1992 election is the financial troubles facing the incumbent. While

Tillman points out that Rep. Rush must give up 15 percent of his congressional salary to begin repaying more than $1 million he owes on a delinquent bank loan to his now-shuttered Englewood church. “The voters of the 1st District should not subsidize Rush's debt. We have gotten no ideas, no commitment, and no action from this Congressman.”

The Chicago Sun-Times editorial board Q&A reveals a stark contrast between the young historian and the 71-year old incumbent.

I have known Bobby Rush for many years and I respect him and his family. Our difference are in no ways meant to be viewed as disrespectful but we have differences.

My opponent believes that since the election of the 1st African American President, Black America has reached the Promised Land, I believe we have a long way to go.

My opponent believes in the 1990 Clinton Crime Bill that incarcerated so many Black youth from my generation, I do not.

My opponent believes that the Chicago Police needs military style weapons to patrol our neighborhoods, I do not.

My opponent believes ICE should, be eliminated, I believe that MS13 is a threat to our community and so is the trafficking of missing Black girls and in my opinion ICE is necessary to thwart this.

My opponent believes in the DREAM act for illegal aliens. I believe that Black Americans are still trying to achieve the dream that Rev. King left for us.

Finally, I believe by my opponent refusing to meet with the President he is alienating the Black community. As a Black Republican I believe where we go one we go all.