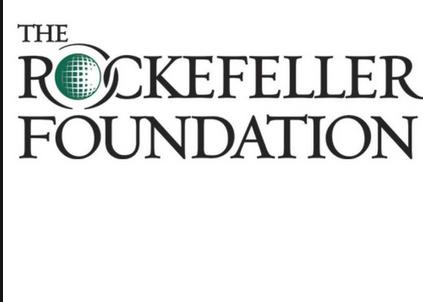 More To This Than Meets The Eye

“In October 2019, the Johns Hopkins Center for Health Security hosted a pandemic tabletop exercise called Event 201 in collaboration with the World Economic Forum and the Bill & Melinda Gates Foundation. Recently, the Center for Health Security has received questions about whether that pandemic exercise predicted the current novel coronavirus outbreak in China. To be clear, the Center for Health Security and partners did not make a prediction during our tabletop exercise. For the scenario, we modeled a fictional coronavirus pandemic, but we explicitly stated that it was not a prediction. Instead, the exercise served to highlight preparedness and response challenges that would likely arise in a very severe pandemic. We are not now predicting that the nCoV-2019 outbreak will kill 65 million people. Although our tabletop exercise included a mock novel coronavirus, the inputs we used for modeling the potential impact of that fictional virus are not similar to nCoV-2019.” http://www.centerforhealthsecurity.org/newsroom/center-news/2020-01-24-Statement-of-Clarification-Event201.html

Once the COVID 19 began to spread it came to the attention of some that in October a group of high profile entities came together to conduct a table top scenario exercise dealing with a global pandemic that in their scenario kills sixty-five million people. Because it was done in collaboration with the Johns Hopkins Bloomberg School of Public Health, the World Economic Forum and the Bill and Melinda Gates Foundation many became suspicious when the COVID 19 coronavirus began to spread in January of 2020. Once these suspicions went viral, the sponsors/planners of Event 201 spoke up saying it was merely an exercise not a predictor of future events.

Maybe so, maybe not; what is now known is much of the global response to COVID 19 is similar to what Event 201 rolled out in their scenario. But this is not the only example of a power elite think exercise being used as a model for social change. In 2010 the Rockefeller Foundation published a paper entitled Scenarios for the Future of Technology and International Development. In that paper differing scenarios were offered surrounding a global pandemic. The stated purpose of the paper according to the Rockefeller Foundation was. “The goal of this project was not to affirm what is already known and knowable about what is happening right now at the intersections of technology and development. Rather, it was to explore the many ways in which technology and development could co-evolve—could both push and inhibit each other—in the future, and then to begin to examine what those possible alternative paths may imply for the world’s poor and vulnerable populations. Such an exercise required project participants to push their thinking far beyond the status quo, into uncharted territory.” http://www.nommeraadio.ee/meedia/pdf/RRS/Rockefeller%20Foundation.pdf

Go to the Website and peruse the report; it like the 2019 Event 201 scenario provides deep insight into how the power elite think what they think about and what their motives are. They are very thorough in their approach and their conclusions. The Rockefeller Foundation’s first of four scenario narratives is called Lock Step, it begins on page 18. In it they imagine a world wide pandemic describing which governments reacted the most favorably. In their scenario governments like China (both in their scenario and later in real life) that took the most aggressive, extreme and socially restrictive actions had the best results! Reading the Lock Step scenario you get the impression the writers favor a more authoritarian approach in dealing with situations such as these. The other three scenarios offer differing narratives and outcomes.

As I indicated the report is through. For example in the narrative on Lock Step technology they say, “Technological innovation in ‘Lock Step’ is largely driven by government and is focused on issues of national security and health and safety. Most technological improvements are created by and for developed countries, shaped by governments’ dual desire to control and to monitor their citizens. In states with poor governance, large-scale projects that fail to progress abound.” My emphasis Ibid page 23

If this was the product of a few academicians and nerds you could shrug it off but the Rockefeller Family and Foundation are long known to favor global governance, their cohorts at the Bill and Belinda Gates Foundation push mandatory vaccinations and both entities promote eugenics (selective human breeding). No way these exercises are coincidences. Keep in mind the Rockefeller Foundation was a major funder of both the American and Nazi eugenics movements. https://historynewsnetwork.org/article/1796

Call me paranoid or just skeptical but I see Event 201 and Scenarios for the Future of Technology and International Development as blueprints, models and manuals for the global lockdown we are experiencing now. Remember Secretary of State Mike Pompeo called the current situation, a live exercise. On March 20 at a White House press briefing he said, “This is not about retribution, this matter is going forward — we are in a live exercise here to get this right.” https://www.europereloaded.com/live-exercise-pompeo-lets-slip-how-he-sees-the-covid-19-pandemic/&nbsp;

There is definitely more going on here than meets the eye.