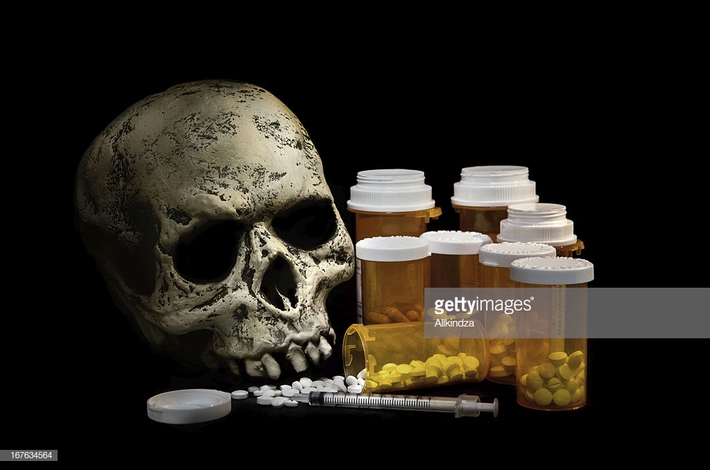 “Rockefeller and another elite leader Carnegie used their tax-exempt Foundations, from 1913 on, to offer huge grants to the best medical schools all over America – on the proviso that only an allopathic-based curriculum be taught, and that some of their agents be allowed to sit on the Board of Directors. They called this ‘efficient’ philanthropy, which, when seen through the Orwellian translation unit, means they wanted a return on their investment. They systematically dismantled the curricula of these schools by removing any mention of the natural healing power of herbs and plants, or of the importance of diet to health. The result is a system which to this day churns out doctors who are, almost always, utterly clueless about nutrition and disregard the idea that what you eat can actually heal or hurt you.” Western Medicine is Rockefeller Medicine All The Way Makia Freeman https://thefreedomarticles.com/western-medicine-rockefeller-medicine/

There is much about the modern medical, pharmaceutical and bio-chemical weaponry industries we are totally unaware of, which unfortunately is to our detriment.  Our ignorance is deliberate and cunningly caused and designed by the ruling oligarchs to further their agenda of global dominance, monopoly and control. We need to be aware of the origins, the intent and the global program of these misanthropes, otherwise we are easy prey for their immoral plans that not only place profits over people but also include eugenics, population control and transhumanism!

Western medicine was high-jacked in the early twentieth century by oil tycoon John D. Rockefeller and other super rich families and organizations.  Using his money and influence Rockefeller funded the American medical education establishment. “By the turn on the 20th century, Rockefeller controlled 90% of all petroleum refineries in the America through ownership of the Standard Oil Corporation (which was later split into Mobil, Chevron, Exxon, etc.)  Concurrently, around 1900, the science world was getting excited about new ‘petrochemicals’ and the ability to create a variety of new of compounds from oil.  Some of the first products derived from petrochemicals were plastics, but organic chemists knew that oil had the potential to create far more than plastic bags. During this same era (early 1900’s) scientists were doing groundbreaking work to understand the basic mechanics of life and human health.  It was during this time that most of the essential vitamins were discovered, including B1, B2, Biotin, Vitamin C, Vitamin A, Vitamin D, etc.  By identifying these vitamins science took a huge step forward and enabled simple vitamin remedies to cure conditions that were cause by vitamin deficiencies (such as scurvy and rickets). And of course, scientists were also involved in research to recreate synthetic versions of these vitamins in a laboratory. In 1935, Vitamin C became the first vitamin to be artificially synthesized in Switzerland. Rockefeller was smart enough to see this as a big opportunity, with the possibility that vitamins and medications could be developed from petroleum.  He saw the chance to control and monopolize multiple industries at once: petroleum, chemical and medical.  And of course, petrochemicals were ideal from a business perspective because they could be patented, owned and sold for high profits.”  How Rockefeller Created the Business of Western Medicine- Eric Schimdt https://meridianhealthclinic.com/how-rockefeller-created-the-business-of-western-medicine/

Rockefeller persuaded his buddy Andrew Carnegie to fund a report advocating the standardization of US medical education, the training of doctors. The report was called The Flexner Report. Rockefeller and Carnegie lobbied the US Congress to go along with the report’s findings, the Congress subsequently passed laws that essentially debilitated what today we call alternative medicine. We call it that because Rockefeller and his cronies via the Congress and AMA made allopathic medicine the predominant form of medical education not just in the US but throughout the West. Drugs rather than herbs, vitamins, minerals and traditional healing modalities became the norm and extremely profitable for Rockefeller, his cronies and those who followed him. https://www.cancertruth.net/ama-history/

A little known fact is John D. Rockefeller purchased a controlling interest in I.G Farben a major German chemical company that would later be a prime supporter of Adolph Hitler, his Nazi Party and his war machine. I.G Farben using its connections to Hitler eventually partnered with Hitler to use Germans as slave labor and as guinea pigs for their medical concoctions and vaccines! https://www.cancertruth.net/ama-history/

Unfortunately their relentless push for drugs and profits has had a toxic impact on our health. Because they place profits over human wellbeing the pharmaceutical industry has created a situation whereby prescription drugs are the fourth leading cause of death in the US (tied with stroke) at 2,460 deaths a week! Three Hundred thirty thousand patients die each year from prescription drugs in the US and Europe. Every year between 76,000 and 137,000 hospitalized patients die as a direct result of pharmaceutical drugs and 2.2 million hospitalized patients experience adverse reactions to drugs.

Big Pharma is directly tied to and in partnership the international banks, the military industrial complex and to the US prison industrial complex http://blackyouthproject.com/big-pharma-and-the-prison-industry-are-colluding-to-overmedicate-incarcerated-populations/ and to a wicked eugenics/population control agenda. https://unlimitedhangout.com/2020/12/investigative-series/developers-of-oxford-astrazeneca-vaccine-tied-to-uk-eugenics-movement/. This has been going on for over one hundred years!

There is more to this sordid history that leads directly to where we are with the COVID vaccine; I will share some of it with you in future articles.