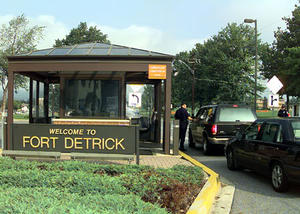 The information age is a two edged sword. On one hand we have unlimited access to information and data at eye blinking speeds but on the other hand we are susceptible to massive lies, disinformation, deceit and propaganda. Our own government is one of the greatest sources of this disinformation. William Casey a former head of the US CIA once said, “We will know our disinformation program is complete when everything the American believes is false.” I maintain we are at that point today despite the availability of truthful information.

Looking at the world today with the coronavirus wrecking global havoc we have to ask ourselves are we being told the truth?! In my opinion, we are not; we are being lied to at every turn. We live in a dystopian Orwellian society were lies are put forth as truth, where war is presented as peace, where illness causing drugs are sold as health, where evil masquerades as justice and insanity is the norm.

In order to protect ourselves and right the wrongs we need to know the truth. We must develop discernment and critical thinking, do the research and dig to find and present an accurate depiction of reality. You learn a lot by asking questions and seeing where the answers lead.

Did you know Fort Detrick the biochemical germ warfare laboratory where some believe HIV and anthrax strains were created located in Detrick Maryland was shut down by the CDC in July of 2019? The US Army Medical Research Institute of Infectious Disease (USARIID) as it is officially called has long been the target of community ire due to health and safety concerns. Neighbors in close proximity to Fort Detrick have long complained about toxic contamination from the facility.

The Global Times (the Chinese Communist Party newspaper) insinuated the shutdown may have something to do with the creation of the novel coronavirus, “For years the public had known little about what was going on inside USAMRIID. Its nearby citizens, however, had made frequent accusations and claims, saying their health was largely harmed by its biochemical pollution. In 2006, a petition that asked local senators to take a further look at a possible ‘cancer cluster’ near the institute got more than 14,000 signs on US petition website Change.org. Randy White, a resident who initiated the petition, denounced the ‘reckless practices’ of the US army who ‘buried dangerous chemical weapons’ at Fort Detrick near their home, which he said had made over 2,500 people, including his wife and daughter, die from ‘a rare form of cancer.’ All this time, the US army has continued to block calls for accountability, dismissing hundreds of health claims from sick residents, White wrote in the petition.

More suspicion and blame on USAMRIID occurred when an unprecedented e-cigarette or vaping product use associated lung injury (EVALI) broke out in its surrounding areas in August 2019. According to researchers who examined samples of lung tissue from 17 EVALI patients, all the samples implied the people ‘had been exposed to toxic chemicals,’ reported the New York Times in October. Days before the institution's temporary shutdown in 2019, a respiratory illness was reported on June 30 at a community one hour's drive away. The Greenspring Retirement Community in Fairfax County, Virginia, had had 63 infected cases of the disease and three deaths by July 15, said local health authorities. (my emphasis) In an email response to the Global Times on Friday, Fairfax County Health Department said there had been an established etiology for the outbreak of the illness. ‘Testing of specimens collected showed several bacteria, including Haemophilus influenzae (H. flu) and rhinovirus,’ it wrote, saying these were ‘the cause of the common cold.’ Nonetheless, this epidemic has recently led to speculation on its probable relevance to USAMRIID on US social media aimed at the COVID-19 pandemic. A Twitter user named ‘The Paper’ posted in March that his bet of the virus escaping from the institute was ‘a 50 percent or higher chance.’” The Fort Detrick horror: a closer look at the US’ largest biochemical research center By Huang Lanlan and Li Lei Source: Global Times Published: 2020/5/29 21:53:41 https://www.globaltimes.cn/content/1189967.shtml

When I first learned Fort Detrick was shut down (it has since been reopened and is now working on a vaccine for SARS-CoV-2)  I thought it might have something to do with COVID-19 outbreak and the government shut it down to have plausible deniability about creating the SARS-CoV-2 virus. I still think that is a real possibility. But there also have been several instances of leaks and contamination at the various US bio-labs around the country. https://asiatimes.com/2020/04/biosecurity-in-question-at-us-germ-labs/

Obviously they pose a health risk, in my mind it’s KARMA at work.  Use these links to learn more about the situation, and then make up your own mind. https://wjla.com/news/local/cdc-shut-down-army-germ-lab-health-concerns , https://www.rollcall.com/2020/03/26/army-lab-fights-coronavirus-and-its-own-demons/ , http://en.people.cn/n3/2020/0321/c90000-9670852.html, https://www.marylandmatters.org/blog/van-hollen-seeks-answers-from-army-after-ft-detrick-lab-shutdown/