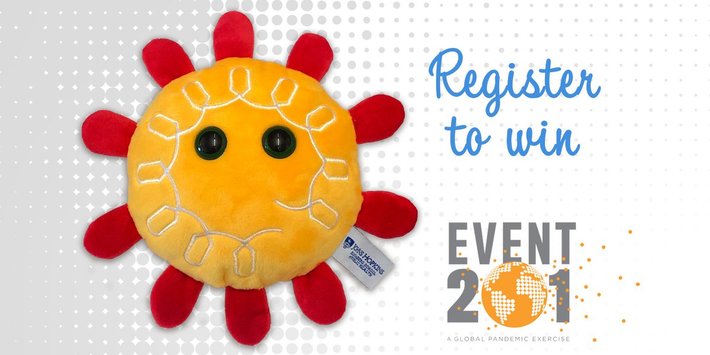 “Such people are neither ignorant nor stupid. They have been successfully initiated into a cult, which is essentially what totalitarianism is, albeit on a societal scale. Their initiation into the Covidian Cult began in January, when the medical authorities and corporate media turned on The Fear with projections of hundreds of millions of deaths and fake photos of people dropping dead in the streets. The psychological conditioning has continued for months. The global masses have been subjected to a constant stream of propaganda, manufactured hysteria, wild speculation, conflicting directives, exaggerations, lies, and tawdry theatrical effects.” The COVID Cult- CJ Hopkins https://off-guardian.org/2020/10/13/the-covidian-cult/

When the mass media began reporting about the COVID-19 pandemic early this year, I became suspicious. As a journalist I recognized we were being subjected to a massive propaganda campaign, a military style psychological operation (psy-op), day in day out gloom, doom, dire predictions of death coupled with images of overwhelmed hospitals, morgues, doctors, nurses, morticians saying how inundated they were, and they were. But through it all I kept searching and found glimmers of truth to contradict the media induced hysteria and panic. My Higher Self prompted me not to fall for the flimflam. Even when politicians shut down the economy and closed society to in person interactions I remained skeptical, even more so.

Once I gleaned the facts, agenda and patterns I was able to predict what the fear-mongers next moves were going to be. I knew they had to keep the hysteria going. I knew just like after 9-11 when the government regularly announced color coded terror alerts (until people finally stopped falling for their okey-doke) that sooner or later people would begin to resist and react to the lock downs. I knew the oligarchs would have to lighten up a bit because they took everything away from us: sports, school attendance, religious observation and attendance, national holidays (Easter. Memorial Day and 4th of July) and they literally put us on house arrest; I knew people would snap.

They did but I didn’t count on the racial angle. People were already in the streets protesting the lock downs, when George Floyd was murdered by Milwaukie police. Much of the unrest and protests were due to cabin fever, anxiety and the psychological meltdown from the lockdowns!

When placed under extreme pressure, humans either transmute their stress and rechannel it into something positive, they explode outwardly or implode inwardly. We are seeing examples of all of these. The perpetrators of this crime against humanity, Bill Gates, Klaus Schwab, the WHO, CDC, The World Economic Forum and assorted billionaires knew this was going to happen. They were well aware their fear-mongering, gloom and doom and the suppression of optimistic alternative narratives and facts would lead to psychotic meltdowns and maladaptive responses.

We are seeing the rise in COVID related suicides, deaths of despair, addictions, abuse and mental illness. We are witnessing and experiencing mass psychosis, cult like behavior knowingly and deliberately caused by the non-stop psychological programming of the oligarchs’ psy-op and propaganda. An article called The COVID Cult in Off-Guardian a British counter culture Website says it like this, “Because the same techniques that most cult leaders use to control the minds of the members of their cults are used by totalitarian systems to control the minds of entire societies: Milieu Control, Loaded Language, Sacred Science, Demand for Purity, and other standard mind-control techniques. It can happen to pretty much any society, just as anyone can fall prey to a cult, given the right set of circumstances. It is happening to most of our societies right now. An official narrative is being implemented. A totalitarian official narrative. A totally psychotic official narrative, no less delusional than that of the Nazis, or the Manson family, or any other cult. Most people cannot see that it is happening, for the simple reason that it is happening to them. They are literally unable to recognize it. The human mind is extremely resilient and inventive when it is pushed past its limits. Ask anyone who has struggled with psychosis or has taken too much LSD. We do not recognize when we are going insane…What we are up against is not a misunderstanding or a rational argument over scientific facts. It is a fanatical ideological movement, a global totalitarian movement the first of its kind in human history. It isn’t national totalitarianism, because we’re living in a global capitalist empire, which isn’t ruled by nation-states, but rather, by supranational entities and the global capitalist system itself. And thus, the cult/culture paradigm has been inverted. Instead of the cult existing as an island within the dominant culture, the cult has become the dominant culture, and those of us who have not joined the cult have become the isolated islands within it.” The COVID Cult- CJ Hopkins https://off-guardian.org/2020/10/13/the-covidian-cult/

We are the victims of targeted and focused psychological manipulation using fear to capture our minds and reduce us to cowering, compliant fools and zombies. FYI, the World Health Organization hired the D.C. PR firm Hill and Knowlton to manage their COVID messaging. Hill and Knowlton are the same people who gave us the fake story about Iraqis murdering Kuwaiti babies in incubators to manipulate us into going along with the invasion of Iraq and the Iraq war!

Snap out of your stupor, question everything, fact check what I share and do your own research! Think for yourself! Don’t fall for the flimflam and okey-doke of the ruling class megalomaniacs, misanthropes and psychopaths! No one is coming to save us especially not Bill Gates and his vaccines. Resist and break free from their cult!