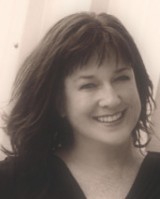 By Stephanie Goddard  | I have worked with police officers from 2002-2017 in a profound and personal way. I know cops. I've had them in my training classes, I've counseled them, I've been the person who taught them how to talk to citizens during a hostage situation, and I have been part of the team to okay their release back into active duty after an incident. I know what they deal with. I've had them in my home, dined with them in their homes, some I called best friends once upon a time. My child has played with their children. I know cops.

So when I tell you that the continuance of execution style killing of black males is not acceptable and must stop, I've earned that opinion honestly. And if you are of the belief system that there is no other alternative to deal with these situations, then you are my problem and I am taking you to task right now.

The pre-season NFL game this week showed more players taking a knee then ever to protest police brutality and the tarnished, embarrassing notion of the National Anthem as a point of pride for a nation who does literally nothing to honor the intent of that song.The dishonoring of the National Anthem is going on every day----but not by NFL players or African Americans... but by our representatives on Capital Hill, the White House and our police stations.

If you are a police officer reading this, I implore you to stop standing with your blue brethren without thought or conscience. This is no longer safe or ethical on any level. The Blue Code is by now something along the lines of a cult when enacted this way. Once upon a time, police needed the support and the protection. That is no longer the case. The police are now the predator, the violent ones, the out of control population. And by the way? Police are not trained military. They are not expected to throw themselves on a grenade on your behalf. Stop shaming them, fellow officers, when they keep themselves alive during an incident.

And if you can't see that? You need to resign. You have lost your way and should not be in this profession, out on the streets, with a weapon on your hip and the law on your side, interacting with human beings. You should be working from the inside to ensure an increase in emotional intelligence and a non-lethal response to these situations.

I applaud the NFL players who continue to demonstrate. If there is a more peaceful way to protest, I can't find it. That our "President" is calling them out in his usual maniacal way, with spit and fingers waving and name calling and Twitter insults, says that he knows exactly what these superstars are saying. He is triggered. He is repressing his shame. He is projecting his guilt onto the brave men who refuse to stop taking a knee.

And those men are my heroes. Not the men who back their brothers (and sisters) in blue NO MATTER WHAT. Those people aren't heroes. They are cowards for not standing up for the principles that the job requires. They are unpatriotic for not honoring our country's Constitution and laws. They are renegades, outliers, terrorists and are completely out of control. And I have no respect for those that respond this way. Unfortunately, this is now the majority. The cops I once knew are now in the minority. These men and women are the very thing they swore to contain.

Please post this on your local law enforcements' Facebook page. You can use my name as the author if you are worried about retribution. That you have to worry, however, says everything.