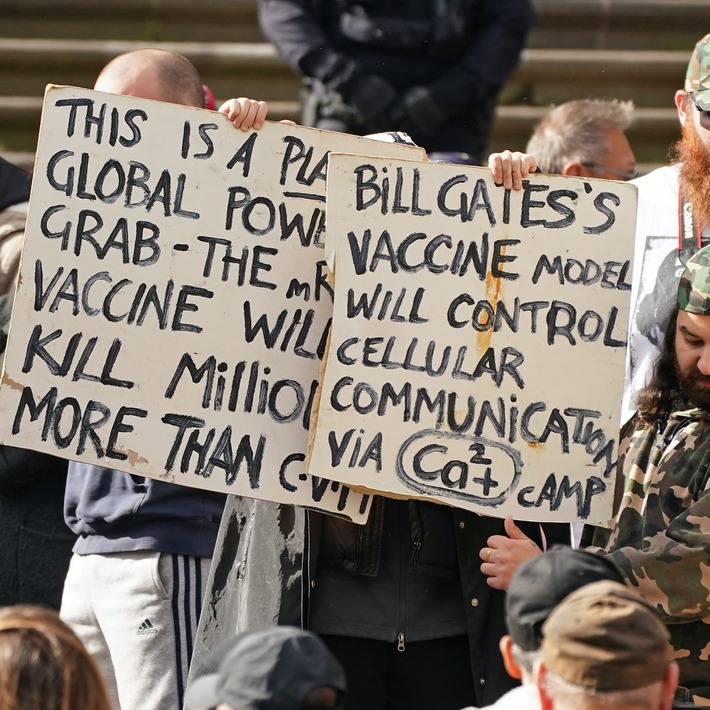 On September 14th, U.S. District Judge William S. Stickman ruled Pennsylvania Governor Tom Wolf’s orders locking down the state to mitigate the spread of SAS-CoV-2 were unconstitutional. In a sixty-six page ruling the judge stated that while Wolf’s orders were well intended it was an infringement on the First and Fourteenth Amendment of the US Constitution’s rights and liberties of the people. This was a milestone ruling because it means Governor Wolf’s remaining mandates on the size of public gatherings are unenforceable. It is not clear what the ramifications of this ruling will mean for Pennsylvania.

What the corporate and digital media are not telling us is numerous lawsuits have been filed challenging the various shut down orders, mandatory isolation and mask wearing all across the country. Up until Judge Stickman’s ruling most of these challenges had been dismissed or ruled against in local and stated courts. For a clear and comprehensive grasp of the breathe and depth of nationwide state by state legal challenges to the lock downs and economy strangling orders go to https://ballotpedia.org/Lawsuits_about_state_actions_and_policies_in_response_to_the_coronavirus_(COVID-19)_pandemic,_2020 You will see this struggle is not just relegated to Pennsylvania.

There is a multi-tiered, multi-faceted resistance movement going on around the world.  This resistance takes many forms from not complying to wearing masks and social distancing to protests and demonstrations to filing lawsuits. The resistance is reflective of the vitriolic and deep polarization, partisan class and race division that exist. Anxiety, anger and frustration have proliferated as people weary of the lockdowns, social disruption, mask wearing and fear mongering openly and actively express their dissatisfaction. Around the world rallies and demonstrations are occurring in places like Berlin, London and Dublin because they too are fed up with what they consider government overreach. . https://www.technocracy.news/joseph-mercola-shows-that-a-global-uprising-against-medical-dictatorship-is-underway/

The US populist movement’s frustration against the .001% is juxtaposed against the plutocrats and their nefarious plan to monopolize the narratives surrounding the socio-economic-political issues of the day. The corporate media is on the side of their owners and the digital media monopolists support the ruling class. Within days of the federal judge’s ruling, the corporate media launched a blitz touting Governor Wolf’s intention to appeal the ruling. It should be crystal clear to astute people the corporate and digital media toes the Gates-Fauci CDC, WHO, GAVI line about the benefits of the lockdowns, the economic shut down and vaccines. The media is attempting to disparage the ruling by pointing out Judge Stickman was appointed to the Circuit Court by Donald Trump.

There is an interesting challenge currently being waged in Ohio against that governor’s COVID -19 policies. Investigative reporter Jon Rappoport has been a uncompromising skeptic and critic of US oligarchy for over thirty years.  His Website https://nomorefakenews.com has been around for decades. His analysis and reporting are thorough and his insights are quite revelatory. He has raised cogent issues and questions about the COVID narrative, the lack of real science behind the pronouncements and the rush to embrace the narrative without objective scientific peer reviewed research.

Rappoport has been following the Ohio case and he has this to say about it, “In Tom Renz's gigantic Ohio filing against Governor Mike DeWine, both the Constitution and issues of fact/science are asserted.  Facts mean something.  A declaration of emergency must undergo scrutiny, to determine whether a clear and present danger justifies the declaration… In Ohio, attorney Tom Renz, on behalf of his clients, and against the governor, is asking for a jury trial.  He wants citizens to hear the complex arguments about COVID SCIENCE.  He wants citizens to understand the con and the game that is being played, in great detail.  This is impressive.  Renz believes The People deserve to know and they are capable of understanding.” https://blog.nomorefakenews.com/2020/09/16/overturning-covid-restrictions-and-states-of-emergency/

News about the numerous lawsuits, COVID 19 contrary views and opinions of people like Jon Rappoport are censored and suppressed by the monopoly corporate and digital media. This is consistent with their goal of suppressing all opposition and dissent. Their plan is laid out in recommendation #7 in their October 2019 Event 201 pandemic simulation.  Read it for yourself here at https://www.centerforhealthsecurity.org/event201/recommendations.html  When these oligarchs say mis and disinformation they mean dissent and anti-New World Order information and material.

On the other hand, humans have what is called confirmation bias, we hold on tightly to our beliefs and opinions and we aren’t likely to change our minds, especially if these opinions are the result of a barrage of propaganda and mind control programming. I suspect more people will join the resistance as Gates and Co aggressively push their unsafe and questionable vaccines on the masses.

The truth is, a vaccine will not facilitate a return to the “old normal” and the oligarchs know it. Their Great Reset will make sure of this. https://thehill.com/opinion/energy-environment/504499-introducing-the-great-reset-world-leaders-radical-plan-to So be prepared for all kinds of laws and inducements to be passed and offered globally to encourage/mandate the masses taking the vaccines which will harden already drawn lines against vaccines and social reengineering.

The skepticism, anger and non-compliance are increasing around the world. The resistance is growing!