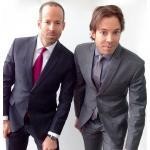 Whether or not you believe descendants of black slaves in the USA should receive reparations as compensation for that terrible time in US history, there's no denying the generations of abuse and mistreatment they endured. In this article we're not going to debate the issue, but look at the spiritual side of reparations.

Almost every ancient civilization had slaves and, sadly, it's still happening all over the world. According to Time magazine, almost 14 million Indians live like slaves. Reuters reports one in ten people in North Korea are modern slaves.

If you look at slavery with the viewpoint that you only live one life, it seems even more unfair. Why should some people have to live as slaves, while others are born into a life of opulence and freedom? But when you add the understanding of reincarnation to the equation, it's clear an injustice in one life will be balanced in another.

For example, Stephen has perceived himself as a black slave in two different lifetimes, once as a male who was brought over to the USA from Africa and once as a female who was born into slavery in the USA. Obviously, they were difficult lives; they had no rights and worked all day, every day, with no compensation, and they were treated horribly (much more so in the male incarnation).

But those were only two lifetimes of many Stephen's soul has lived and his soul (not his personality) chose those lives for various lessons and growth. Also, due to the law of karma, he was paying back some people in those lives, he was paid back by others in future lives, and the people who mistreated him then got what was coming to them in future lives.

It's important to note that from a spiritual point of view, slavery is not about spiritual punishment from a judgmental God or anyone else on the other side, that these are only the experiences of Stephen's soul, and other souls may have chosen slave lifetimes for totally different reasons.

Related to this example is why forgiveness is important. As the black male slave, he died in that life extremely angry and resentful of all who had destroyed his happy life and family in Africa, taken him against his will to the USA, and treated him horrifically.

He carried those extreme emotions into his next life. As an enraged and out of control white male in the Wild West who felt the world owed him, he wreaked havoc wherever he went, robbing people for a living, and creating lots of negative karma for himself. A future lifetime as the female black slave was in part to make up for the criminal cowboy lifetime.

If Trevor Hayes, the name of the irate cowboy Stephen perceived in regression, had known (or cared) about forgiveness and karma then, he might have used his free will in a more positive way. But he didn't and created unnecessary problems for his future, and that was part of a string of lives where he learned about forgiveness.

Whatever your stance on reparations, the same debate could be used for other groups who were mistreated. For example, the Italian and Irish immigrants in the USA during the late 1800s and early 1900s who were harshly discriminated against, the internment of Japanese Americans in the 1940s, women who were denied the right to vote or own property, Jews throughout history who were persecuted incessantly, and homosexuals and transgender individuals who were harassed and murdered. And let's not forget the unattractive (by current conventional standards) and overweight, and others who didn't fit in, being ostracized.

Is the world a place of justice? It doesn't seem like it, unless you are open-minded enough to look into reincarnation, both that of your soul and others. Only then will you realize all actions really do return to sender, and revenge is a bad idea.

We hope that eventually as more people understand this viewpoint, all racism and mistreatment of others, especially simply for being different, will decrease dramatically. You can do your part by treating everyone as you want to be treated, with kindness and respect.

Scott Petullo and Stephen Petullo offer vital, â¨yet sensible and practicalâ¨ spiritual guidance and tools, including their Spiritual Detox and Let Go MP3 meditation audios. Get their free report: 13 Spiritual and New Age Myths and 13 Other Spiritual Laws Besides the Law of Attraction. http://www.spiritualgrowthnow.com