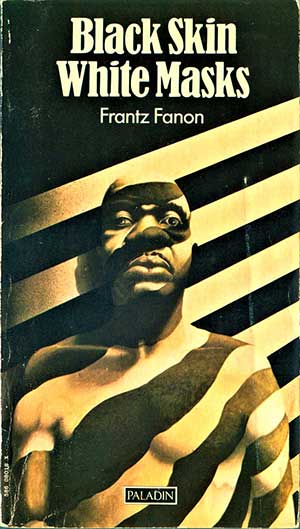 HAVANA TIMES – The #MeToo movement triggered worldwide protests that hopefully was instrumental in making people better aware of a continuous and often hidden mistreatment of women. Maybe can the current I can’t breathe movement make people realize that institutional racism is far from extinct.

It was in 1967 the term Institutional Racism was coined by Stokely Carmichael (later known as Kwame Ture) and Charles V. Hamilton. They wrote that even if individual racism can be quite easy to detect, institutional racism is less perceptible. Such racism makes a difference between people through more subtle means than outright discrimination.

It is expressed through disparities in wealth, income, criminal justice, employment housing, health care, political power and education. Carmichael and Hamilton stated that the entire United States is imbued with institutional racism. A social ill that can only be abolished if people, irrespective of their colour, culture, or ethnic origin, are provided with equal, appropriate, and professional services.

The concept of institutional racism has been further developed and is now generally referred to as systemic racism to indicate how ideas of white superiority are captured in everyday thinking, influencing the entire society, not only from an institutional point of view but on all levels of social interaction.

Racism has become intrinsic in the social fabric and colors the thinking and behavior of all individuals living within such a society. Stokely Carmichael became increasingly troubled by the disinterested, oppositional, or even violent response he was met with and came to despair about the effectiveness of non-violent opposition to racism, stating that if it was only going to work if “your opponent has a conscience. The United States has none.”

It is easy to be reminded of Carmichael’s desperation when the current U.S. president is rambling, telling U.S. governors “Overwhelming force. Domination… it’s a beautiful thing to watch […] If you don’t dominate, you’re wasting your time. They’re going to run all over you. You’ll look like a bunch of jerks. […] I will not allow angry mobs to dominate.” (1)

Donald J. Trump’s parlance reveals his thinking and state of mind. Dominance has nothing to do with equality, compassion and social justice – it is all about power. Social dominance means that human relations are not based on justice, but on the maintenance and stability of group-based social hierarchies. Accordingly, it favors institutional- and individual discrimination. (2)

Such a system makes us believe there is a difference between “us” and “the others”. National bigots, whose presence now is felt all over Europe and the U.S., tend to avoid the word “race”. It is considered to be an outdated concept, which died with Nazism and Apartheid.

However, racism is just changing appearance. The basic idea remains, that “white” people with their roots in Europe are better than people, especially those of a darker complexion, who find their origin in other parts of the world. Racism is apparently now hiding its ugly face under the cover of “culture”. This “new” racism stresses “insurmountable cultural differences” and has thus become a racism without racism...CONTINUES