1
From a reader of revcom.us

Headlines on Thursday, January 20, gave credit to the filibuster for enabling Republicans in the Senate to stop two voting rights bills supported by the Democrats from being passed. Those bills aimed to counter attacks on voting rights, especially those of Black people, by Republican fascists in many states. As a revcom.us article pointed out, these moves against Black voters and other moves to control and subvert elections are “a vital part of consolidating all-out fascist rule.”1

Here, I want to briefly note how, for close to a century, the Senate filibuster was used almost exclusively as a weapon of white supremacy—to protect the Jim Crow South's massive inhumanity to Black people from every attempt to challenge it through federal law.

What Is the Filibuster?

The filibuster is a way for the minority party in the Senate to delay or stop passage of a bill. The minority party (or even just one or a group of senators) simply insists that the “debate” over the bill continue indefinitely by talking on the Senate floor continuously, until the bill is withdrawn.

Unlike the House, where discussion and debate could always be ended with a simple majority vote or “cloture,” there was no procedure to stop a Senate filibuster until 1917. That year a provision, called Rule 22, was added to end the filibuster by a cloture vote—but requiring a vote of 67 (2/3) of the senators. That was changed to 60 (3/5) senators in 1975—still a nearly impossible “super-majority.” And since then it was further changed to the so-called "silent filibuster"—now opponents of a bill don't even have to come to the floor and talk, but proponents still have to come up with 60 votes to "end" the "discussion" that isn't even happening.2

Limiting Use to the Protection of White Supremacy

Historically, the filibuster was used only rarely—and almost always by the party representing the interests of defenders of blatant and vicious white supremacy, for the purpose of preventing passage of laws that would touch the open, vicious, and legal white supremacy of the Jim Crow South. For half a century, they blocked passage of laws that would make lynching a federal crime, put an end to legal segregation, remove obstacles like the poll tax and literacy tests used to prevent Black people from voting, and other efforts. 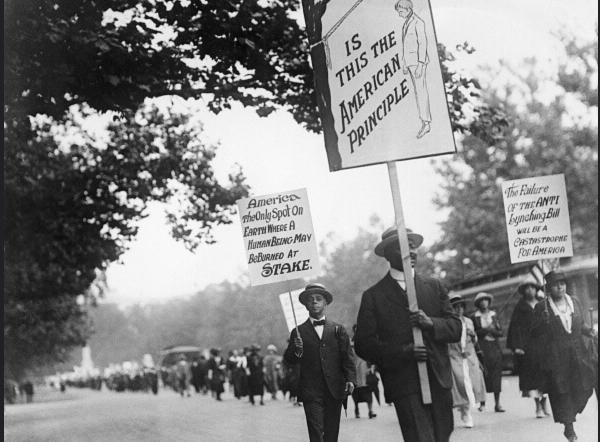 The first major test was in 1922, when the Dyer Anti-Lynching Bill was passed in the House and went to the Senate. This was at a time when, as Bob Avakian noted, “every Black male growing up in the South during Jim Crow had a reasonable fear of being lynched.3 A bloc of Southern Democrats carried out a filibuster and stopped the bill from being passed. It became national news. An NAACP leader called the use of the filibuster to stop the anti-lynching bill a “license to mobs to lynch unmolested.” Indeed, in just the eight days that followed, racist vigilantes lynched four more Black men. For decades the anti-lynching bills that followed were likewise killed, most recently in 2020.4 To this day, there is no federal law against lynching!

The white supremacist Senator Strom Thurmond set the record when he stood up in the Senate for 24 hours to block passage of the Civil Rights Act of 1957. The version of the act that was finally passed was described as watered down, without provisions for enforcement. In 1948, when Thurmond was governor of South Carolina, he made a statement that sheds light on why the filibuster was left in the hands of the white supremacist/Jim Crow South: “There's not enough troops in the army, to force the southern people to break down segregation and admit the nigger race into our theaters, into our swimming pools, into our homes, and into our churches.”

Stop for a minute and let the ugliness of that quote—and the centuries of oppression it concentrates—sink in.

So the filibuster exception to majority rule in the Senate was the result of an unspoken agreement among those representing the interests of the U.S. ruling class, giving those like Thurmond veto power on matters of white supremacy—at unimaginable cost to generations of Black people in this country.

Oh, and who’s Strom Thurmond?  That’s the racist that Biden can’t help bragging about being able to work with—as recently as last week’s defeat of his half-hearted attempt to pass the voting rights bill. 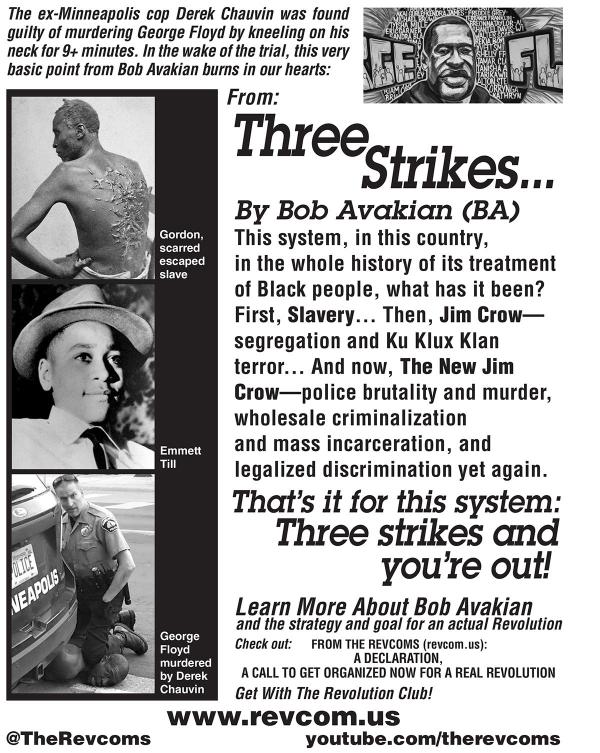 1.   Fascists Assault Black Voting Rights and the Rule of Law, Move to Lock Down Power, While Democrats Posture and Dither [back]

2. For the recent voting rights bill, Senate Majority Leader Schumer tried to pass a minor rule change that would require the Republi-fascists to come to the Senate floor and speak in opposition. When the “talking filibuster” ended, a simple majority could pass the bill. Schumer's motion required only a simple majority, but two Democratic “champions” of the filibuster (Manchin and Sinema) joined the Republicans in stopping it. [back]

3. ”Lynching, Murder by Police—Damn This Whole System! We Don’t Have to Live This Way!, by Bob Avakian [back]