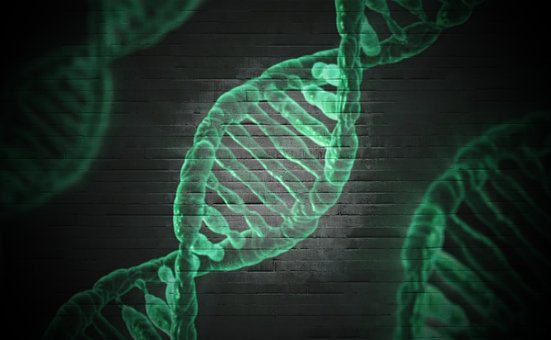 Our DNA Is Being Harvested

“On July 22, U.S. Representative Jason Crow and Senator Joni Ernst spoke of the dangers posed by “Bioweapons” targeting specific populations based on their DNA. The statements from Crow and Ernst happened at the Aspen Security Forum during a panel titled “National Security Today: Emerging Challenges and Opportunities” Crow, a Democrat from Colorado and member of the House Intelligence Committee, chastised younger Americans for being too eager to give up their genetic code to private companies who offer DNA testing services.” How Your DNA Tests Could Make You A Target For Bioweapons by Derrick Broze  https://www.activistpost.com/2022/07/how-your-dna-tests-could-make-you-a-target-for-bioweapons.html

Humanity’s DNA is being harvested on a massive global scale and we are generally not aware of what is happening or how our DNA is being used. There are few who have warned over the years that we are being harvested on numerous instances, our DNA and our body parts are being collected often without our knowledge or permission. “Genetic tests are now are available directly to consumers for a variety of applications. Genetic testing services offered through the Internet include testing for genetic disorders or risks, parentage determination, and ancestry. The combination of technology that permits the analysis of small amounts of DNA, increased availability of testing services, and lack of regulations to protect genetic privacy create an environment ripe for surreptitious testing — that is, the collection and analysis of DNA without consent, and the disclosure of information derived from such analysis without the permission of the person tested. It is not known to what extent surreptitious DNA testing currently is taking place. Its practice is most familiar in the law enforcement context. Police have obtained DNA samples surreptitiously from suspects by collecting so-called “abandoned” DNA – i.e., samples left on envelopes or other articles. “https://geneticprivacynetwork.wordpress.com/covert-dna-collection/

We are familiar with television crime shows where the police or other agencies surreptitiously take DNA samples from a person of interest and use it to solve a crime. This happens in real life all too often. But our DNA is being harvested in ways that have nothing to do with solving a crime, searching for our ancestry or for health care.

Others are monetizing our DNA unbeknownst to us, “If you’ve ever sent off your DNA to an ancestry or health-screening company for analysis, chances are your DNA data will be shared with third parties for medical research or even for solving crime, unless you’ve specifically asked the company not to do so. The point was brought home in late January when it emerged that genetic genealogy company FamilyTreeDNA was working with the FBI to test DNA samples provided by law enforcement to help identify perpetrators of violent crime. Another DNA testing company, 23andMe, has signed a $300m deal with pharmaceuticals giant GSK to help it develop new drugs.” Who’s making money from your DNA? https://www.bbc.com/worklife/article/20190301-how-screening-companies-are-monetising-your-dna

What’s even more diabolical is that governments and other entities are using human DNA to create Bioweapons designed to target specific ethnic groups. “Global collection of genetic data and genetic manipulation of humans, animals, plants, destructive insects and deadly microbes is of dual use from bio-welfare to bio-warfare. It can be used beneficially for correcting genetic defects in humans, animals, plants; biological control of harmful microbes and insects; enhancing agricultural produce, etc. It has become ridiculously simple and cheap to misuse data and gene altering and synthesising tools; as simple as the use of an ordinary computer and a 3D printer. Big data, artificial intelligence and gene synthesis are being misused to create racially specific bioweapons and a super race (the old Nazi dream)… The International HapMap Project of 2002 to 2010 developed a human genome map and provided a massive genotype data from Caucasian, African and Asian population samples. Many differences in susceptibility to some diseases, and response to certain drugs between different ethnic groups were reported in a 2015 study in bmcgenomics. Multiple reports in scientific journals in 2016 such as in Oncotarget, in Cell and from Pasteur Institute in Paris, found differences in antibody responses and cellular immunity between those of African ancestry and Caucasians. Those of African ancestry had a stronger inflammatory response and immune overreaction like cytokine storm and autoimmune diseases. Genetic differences affecting the immune system lead to racial differences in the response to infections, drugs and vaccines. In a pandemic, racial differences exist in mortality rates and vaccine efficacy and complications. Genetic data from blood samples about racial differences can be used for racially targeted bio warfare.” Data and genetic manipulation for race specific Bioweapons not an impossibility by Dr. P.S. Venkateshi Rao https://www.sundayguardianlive.com/news/data-genetic-manipulation-race-specific-bioweapons-not-impossibility

DARPA the agency within the US Defense Department (Defense Advanced Research Project Agency) is on public record for having worked on coronaviruses as Bioweapons, “As concerns about the future of the ongoing outbreak have grown, so too have the number of theories speculating about the outbreak’s origin, many of which blame a variety of state actors and/or controversial billionaires. This has inevitably led to efforts to clamp down on “misinformation” related to the coronavirus outbreak from both mainstream media outlets and major social media platforms. However, while many of these theories are clearly speculative, there is also verifiable evidence regarding the recent interest of one controversial U.S. government agency in novel coronaviruses, specifically those transmitted from bats to humans. That agency, the Pentagon’s Defense Advanced Research Project Agency (DARPA), began spending millions on such research in 2018 and some of those Pentagon-funded studies were conducted at known U.S. military bioweapons labs bordering China and resulted in the discovery of dozens of new coronavirus strains as recently as last April. Furthermore, the ties of the Pentagon’s main biodefense lab to a virology institute in Wuhan, China — where the current outbreak is believed to have begun — have been unreported in English language media thus far.” Bat Gene Editing and Bioweapons Recent DARPA Experiments Raise Concerns Amid Coronavirus Outbreak (underline emphasis is mine)   https://katehon.com/en/article/bats-gene-editing-and-bioweapons-recent-darpa-experiments-raise-concerns-amid-coronavirus  04-02-20

We’ll share more on this important topic in future articles.