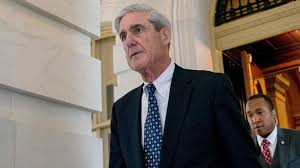 Much Ado About Nothing, The Mueller Report

“Although the investigation established that the Russian government perceived it would benefit from a Trump presidency and worked to secure that outcome, and that the Campaign expected it would benefit electorally from information stolen and released through Russian efforts, the investigation did not establish that members of the Trump Campaign conspired or coordinated with the Russian government in its election interference activities.” Report On The Investigation Into Russian Interference In The 2016 Presidential Election Volume I of II pages 1 and 2.

For over two years the corporate media has been obsessed with the notion the Russian government directly interfered with the 2016 election process ostensibly to ensure Donald Trump was the victor. Hillary Clinton, the Democratic National Committee and the corporate mind control apparatus made it seem as if the Russians tampered with voting machines, contributed large amounts of money to the Trump campaign, brainwashed gullible and naïve Americans and colluded with the Trump campaign to alter the course of the 2016 election in favor of Donald Trump. None of that is true.

Trump’s victory was a surprise and an abomination only to people not in tune with what is going on in this country. To them Trump’s victory was an anomaly rather than a clear indication of the major disconnect between the two political parties and people who were fed up with business as usual who were anxious about their livelihoods, lifestyles and future.

Clinton couldn’t accept the fact she lost, and refused to believe white women didn’t rally to her side, sweep her to victory and usher in a new era of feminist political power. She couldn’t see the nexus connecting the DNC stealing the nomination from Bernie Sanders, the DNC leaks, her past statements and policies returning to bite her, her poorly designed campaign strategies, the significant rise in Obamacare health insurance premiums just before the election to her election loss. So she whined and cried wolf about Russia pilfering the election on behalf of Trump.

Her cries of wolf were picked up and regurgitated endlessly by the corporate media. The Democrats trying to save face demanded an investigation to prove Russia meddled in the 2016 US presidential election. Never mind the fact the US has a sordid history of routinely interfering with foreign elections, toppling governments (in the case of Syria and Venezuela attempting to), undermining regimes, bribing and assassinating leaders all over the world; or the fact the US political system is fraught with so much corruption that pay to play, influence peddling and bribery are the norm. https://www.opensecrets.org/influence/

Clinton and the media raised such a ruckus, Deputy Attorney General Rod Rosenstein appointed former FBI Director Robert Mueller as Special Counsel. Robert Mueller is a long time Washington insider who had enough skeletons in his closet to ensure the process would be funky. https://www.globalresearch.ca/former-fbi-director-robert-muellers-history-of-cover-ups/5635272

Mueller was hailed by the corporate media as the man, the one who would prove Russian collusion or at least shovel enough dirt on Trump to bring him down. After two years of non-stop innuendo, media speculation at a cost of $32-35 million, Mueller has released his report. You can see and read volume one of Mueller’s two reports at https://www.justice.gov/storage/report.pdf.

The thing about this report is, because it is based upon a false premise it obfuscates the truth about 2016 election interference and influence peddling. The Mueller “investigation” overshadowed and ignored several cases of actual interference and influence peddling.  Facebook (which is a surveillance tool anyway) was used by a British company Cambridge Analytica to harvest data from US Facebook users to use to support Donald Trump! Their connection to the Trump campaign goes back to Steve Bannon a right wing power broker who in addition to being a Trump confidant was vice president of the Cambridge Analytica! https://www.vox.com/policy-and-politics/2018/3/23/17151916/facebook-cambridge-analytica-trump-diagram

While the nation was fixated on Mueller, unnoticed in plain sight was the powerful influence of the Israeli lobby and Trump’s son-in-law doing the bidding of a foreign government and very little was said or done about it!

Read the redacted Mueller Report but don’t fall for the flim-flam. If there was any real collusion between the Trump campaign and the Russians, the US NSA (which spies on everyone) would have data to collaborate it!

There are numerous agendas at play here: reviving and escalating the cold war by creating a “credible enemy” (Russia) to justify even more outrageous military spending and waste, the attempt by the Deep State to undermine, box in and control Trump and the side issues of salvaging Clinton’s wounded ego and to seeing just how gullible the American public really is. Don’t go for the okey-doke.