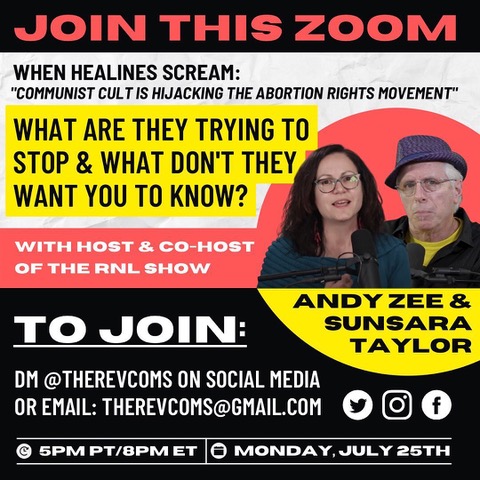 Behind the Week of Internet Attacks on Bob Avakian and the Revcoms: Imperialist Fear Mongers and Their Servants

Last week, three very different news outlets—the Daily Beast, The Intercept, and the Daily Caller—launched three very similar attacks on Rise Up 4 Abortion Rights, the Revcoms and Bob Avakian. The Daily Beast is a mainstream liberal outlet; The Intercept is more of a so-called “progressive” one; and the Daily Caller is straight-up fascist. Yet each had the scare phrase “communist cult,” or words to that effect, in the headline. Each repeated baseless, libelous and potentially very dangerous charges against Bob Avakian, as well as Sunsara Taylor, who co-initiated Rise Up and is a follower of Bob Avakian. Each misrepresented and distorted the origin, mission, makeup and activities of Rise Up 4 Abortion Rights and the role of the Revcoms within it. And, of course, all this has since widely spread across the internet, where the standards for truth too often range from poor to nonexistent.

The attacks on Rise Up 4 Abortion Rights are important in their own right and have been ably refuted by representatives of that organization here and here. Rise Up played a singular role in actually mobilizing people to fight back against, rather than meekly submit to, the ripping away of abortion rights; apparently their greatest sin has been to bring thousands of brand-new people into active resistance around this question, and apparently for this they are now to be shunned, in some medieval style cancel-culture ritual. This must not be allowed!