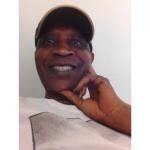 By Harry Agina  | There is no question whatsoever that the contemporary world has witnessed remarkable changes in intercultural interaction. From an African perspective, one of the best things that have come out of this revolution is happening among African American youths, who are increasingly becoming proud to be associated with Africa. I am almost sure that one particular boy that punched my nose for calling him African back then in 1982 (or thereabouts), would buy me a drink today for that same reason, because, unlike then, he is now probably proud to be African. He has probably joined the African American growing trend of adopting African names; he has probably given his own children some African names. Some grown African Americans have replaced their original first western names with African names, and others have actually replaced both their first and last names with African names. Dr. Molefi Kete Asante, founder of Afro-centric Philosophical Movement," is one prominent example.

Indeed, for the purpose of this treatise, it is noteworthy that a few Caucasian Americans bear African names, too. I am going somewhere with this line of statements, mind you; they are taking me to my thesis question-if other peoples of the world are actually taking up African names; how could African Catholic Ministers inside Africa insist that African names are not good enough for Christians? Mind you, I am not talking about European Catholic Ministers in Africa, no sir; I am talking about Africans inside Africa!

Once upon a day in the year 2004, a young marital couple had a child in a remote village in Africa, my village actually. The couple who are Catholic went to their Catholic Priest to baptize their new baby, and the Reverend Father flatly declined. Why? I will tell you; the couple's intended name for their baby was African, and the Reverend Father declared that he would not have anything to do with it. He rejected the baby's name simply because it was African, regardless what it says or means. The couple's chosen Igbo tribal name for the baby was "Chukwuka," which means God is Supreme. It did not matter to the Reverend that the name venerates and glorifies God in a God-given African language. He is African, but he is convinced that African names are un-Godly, no matter what they say. As far as the Minister was/ is concerned, a Christian has to bear a Latin or English name of a Saint. Sadly, to him, a child with a meaningless English name is better off than a child with an African name that venerates God or Christ.

If we all follow the Reverend's teaching, then very soon everybody in Nigeria would be named John, Mathew, Mary, and the names of the other few Saints. The resultant name-identity crisis would reflect the American comedy movie titled, "Ed, Edd, and Eddy." Everybody's name in the community would be the same or similar to the next guy. Who knows, maybe we would all start to behave alike, too. And if the intolerant, ignorant Christians get their way, we shall all behave like the white man, forsaking everything that makes us African, and for no good reason whatsoever.

Some anthropologists and theologians have approached this argument from Christian perspectives, and their progressive Christian argument is that "We may keep out some bad influences of culture, but others will remain inside, sanctified, and employed to serve in glorifying God." This in part means that a Christian's emphasis in naming should be to venerate and glorify Christ and God in one form or another, and in any language or culture. God understands all languages. He made and owns all the languages, for Chrissakes! And, He does not see one language or culture to be more legitimate than the other; God does not create illegitimate things. Further, a key principle of intercultural interaction requires an African to adapt the foreign Christianity, or any other religion for that matter, to suit the culture and environment of Africa. The object should be harmonious coexistence of the two cultures, and not the destruction of one by the other.

Surely, there are African names that may not be good for a Christian. Naturally, any discerning Christian would not bear names that venerate smaller African gods. Incidentally, I have a born-again Christian friend that changed his surname in 2006 from Ogundipe to Oluwaseyi. Ogundipe is Yoruba name that venerates Ogun, the Yoruba god of iron, and Oluwaseyi means "God Has Done This." When my friend saw "the light," he discarded the un-Christian idolatry name and adopted another vernacular name that venerates the Almighty God. My friend, Jide Oluwaseyi, is a pastor, but he did not betray his culture like our dear Catholic Reverend would want him to. The 'wrong' in his old name was done by his ancestors who picked the name in the years long gone. He decided to right the wrong, and he replaced the bad name with a better African name of Christian value. He did not adopt a Caucasian name just because one African name was bad. No, sir! If one African name is bad or un-Christian, then a Christian should replace it with another African name that venerates Christ or God. We are not supposed to forsake our culture, period!

There is one thing, perhaps the first thing actually, which anybody should know about African names-they are always sentences, and phrases. Maybe, to be safe, I should say that I am yet to come across any African name that is not a phrase or a full sentence. Some names venerate human and other beings; others describe events, phenomena or situations. In essence, Africans most often choose names that are relevant to the happenings of the time when the baby is born. Most often the name is just one single word, but when translated into English, that single word is most likely to be a sentence, or at least a meaningful phrase shortened from a sentence.

Let's illustrate with a vernacular name of the Igbo tribe of Nigeria: "Nnadozie." It is a phrase of two words-Nna & Dozie, and it literally translates to Father repairs (amends). The father here is the Almighty Father (God). Hence the name is GodRepairs, or God amends. Now, the phrase is only part of a sentence, but anybody from the Igbo tribe understands the meaning even without the second part of the sentence. Expatiated, it says that when anything wrong happens, it is God that amends or repairs the situations. The name is actually a little ambiguous in application, because it could be said as a general statement that: God does the repairing of broken situations, or it could be said as a prayer to God asking Him to repair or amend a particular broken situation. I have a friend named Nnadozie. The story behind his naming is that there was a situation in his family when he was born, and his name was actually a prayer asking God to repair the bad situation using the new innocent baby as a point of contact.

[http://www.FunkyPastors.com] has useful information on commercial Christianity in Nigeria. Do keep a date with the next edition of "Misguided Christianity At War With African Culture."

As a Communications & Human Relations Scholar, and Social Critic, I have a passion for intercultural interaction and investigation. And, since my origin is Africa, I have special interest in Afro-centric intercultural interaction/ communication. Naturally, I believe in the preservation of culture, all cultures. For this, I published a book in 2010, which is titled "The Invasion Of The Funky Pastors: Church Business At War With African Culture." The book is centered on the theme that "ignorant & mischievous Christianity" is among the most impactful of the foreign influences that are destroying the African Culture in some parts of Africa. I strive to liberate as many as many ignorant Christian minds as possible through information.

FOR MOREON THIS TOPIC BY THIS AUTHOR:
http://EzineArticles.com/6108037