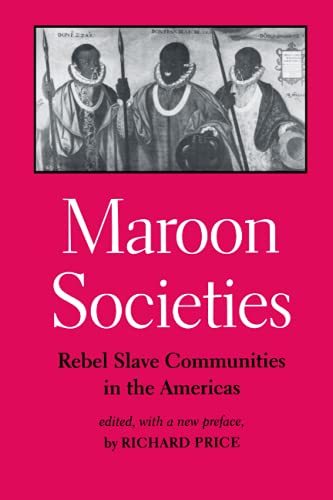 We have been taught and brainwashed to believe kidnapped, enslaved Africans in the colonies and the US lived in passive acceptance and acquiescence to the slavocracy without personal or collective resistance; nothing was further from the truth.

The scramble for new lands, natural resources and wealth by Europeans led to centuries of piracy and war between the Spanish, English, French, Dutch and Portuguese. To needle the British and recruit additional manpower for Florida the Spanish King Charles decreed enslaved people in the British colonies would be given refuge and safe haven in Florida if they converted to Catholicism and were willing to serve in the Spanish militia to defend the colony. His decree in 1693 opened the way for enslaved Africans to get to Florida mostly from the British colonies in the Carolinas and Georgia.

I recently highlighted Fort Mose a settlement of free Blacks who escaped and resided in Florida near St Augustine. That strategically situated community was destroyed by the British, retaken by the Blacks and subsequently rebuilt. It lasted from 1738-1820. Even after the Spanish ceded Florida to the British, Blacks continued to flee and create Maroon communities often forming settlements with the indigenous tribal groups.

These communities of Africans and Africans in America were called Maroons. “Maroon refers to an African or Afro-American person who freed themselves from enslavement in the Americas and lived in hidden towns outside of the plantations. Enslaved people used several forms of resistance to fight their imprisonment, everything from work slowdowns and tool damage to full-fledged revolt and flight. Some self-liberated people established permanent or semi-permanent towns for themselves in hidden places not far from the plantations, a process known as marronage (sometimes also spelled maronnage or maroonage)…  But marronage flared up wherever people were enslaved, and whenever the whites were too busy to be vigilant. In Cuba, villages made up of freedom seekers were known as palenques or mambises; and in Brazil, they were known as quilombo, magote, or mocambo. Long-term marronage communities were established in Brazil (Palmares, Ambrosio), Dominican Republic (Jose Leta), Florida (Pilaklikaha and Fort Mose), Jamaica (Bannytown, Accompong, and Seaman's Valley), and Suriname (Kumako). By the late 1500s, there were already Maroon villages in Panama and Brazil, and Kumako in Suriname was established at least as early as the 1680s.

In the colonies that would become the United States, Maroon communities were most abundant in South Carolina, but they were also established in Virginia, North Carolina, and Alabama. The largest known Maroon communities in what would become the U.S. were formed in the Great Dismal Swamp on the Savannah River, on the border between Virginia and North Carolina.” Maroons and Marronage: Escaping Enslavement K. Kris Hirst https://www.thoughtco.com/maroons-and-marronage-4155346

Maroon communities had to be vigilant and resourceful. Being in the woods and swamps the Maroons could forage for seeds, game, fish, eat snakes and even grew their own food. “Most were short-lived, in fact, 70% of the largest quilombos in Brazil were destroyed within two years. However, Palmares lasted a century, and Black Seminole towns—towns built by Maroons who were allied with the Seminoles in Florida—lasted several decades. Some of the Jamaican and Suriname Maroon communities founded in the 18th century are still occupied by their descendants today. Most Maroon communities were formed in inaccessible or marginal areas, partly because those areas were unpopulated, and partly because they were difficult to get to. The Black Seminoles in Florida found refuge in central Florida swamps; the Saramaka Maroons of Suriname settled on riverbanks in deeply forested areas. In Brazil, Cuba, and Jamaica, people escaped into the mountains and made their homes in densely vegetated hills. Maroon towns nearly always had several security measures. Primarily, the towns were hidden away, accessible only after following obscure paths that required long treks across difficult terrain. In addition, some communities built defensive ditches and forts and maintained well-armed, highly drilled and disciplined troops and sentries.” ibid

Often Maroons subsisted off of raids on the European plantations or they traded with enslaved Africans or non slave catcher whites who came within proximity to the Maroon settlements.

As more information becomes known through archeology it is important we familiarize ourselves with Maroons, their traditions and their resistance campaigns.