Several years ago, my son Darrel, aka Abdul El Muhajir (RIP), visited Syria under a Fulbright fellowship. He studied at the University of Damascus, after earning his B.A. in Arabic and Near Eastern literature from the University of California, Berkeley. As he rests in Paradise, I know he is amazed at events in Syria, for he recounted to me his time in that land: how the dreaded secret police interrogated him on an almost daily basis--why is he reading all those books about Syria and why is he hanging around those filthy Palestinians? And why does he swim at the American Embassy?

My son had questions for them, he told me. Why do they treat Africans as slaves, seizing their passports, thus preventing them from leaving? Of course, my son was a prime candidate for the CIA, since he was a North American African fluent in Arabic. He told me they tried to recruit him, so maybe the Syrian secret police were justified in watching him carefully. At the time, few whites were allowed in Syria. You may recall when a US air force pilot's plane was shot down, Jesse Jackson and Minister Farrakhan were the only persons able to visit Syria and  get him released.

Syria has been a force in the Arab revolution of yesterday, but its sectarian policies and reactionary hold on power has served its time. We appreciate the years it has been a bulwark against Zionist aggression, the support it has given to the Palestinians and Hezbollah toward the liberation of Palestine. But for years the suppression of its own people has been a stain on this nation so rich in world and especially Biblical history. We all know the story of a man named Saul who had a miraculous conversion on the road to Damascus. At this hour we need the regime in power to have a similar conversion and submit to the new order. But this is doubtful, after all, Mao taught us the reactionaries will never lay down their butcher knives and turn into Buddha heads!

And so the blood shed continues unabated, although it appears the Free Syrian Army (FSA) is making gains throughout the land, though we are cautious about some of its supporters, including the USA, the Sunni Muslim countries such as Saudi Arabia, Jordan and the Gulf states. They are much in need of the Arab Spring as well, and we wonder will they also endure the pain, blood, sweat and tears, now endured by the Syrian people.

For sure, these Sunni Nations must get their own acts in order soon and very soon: the citizens of those nations must rise above ancient and archaic religiosity and primitive mythology, whether based on tribalism or reactionary interpretation of Sunna, Qu'ran and Hadith.

The idea that a woman is unable to drive a car  in Saudi Arabia is beyond the Flintstones, but it is part of a totality of ideas that must find themselves in the dustbin of history, such as honor killings and other notions originating in patriarchal mythology. But let us not ignore the role of Zionism in the area, another notion that must enter the dustbin of history. We doubt God ever intended his chosen people to suffer Nazism to become Nazis themselves.

If truth be told, the Arab Spring thus far  has only been a dress rehearsal for the long process called revolution. We only know the endgame will be justice, freedom and equality for all the people in the area. The need to possess the oil in this region will not stop the people determined to be free by any means necessary. The West must decide if it is truly part of the solution or part of the problem.
--Marvin X/El Muhajir 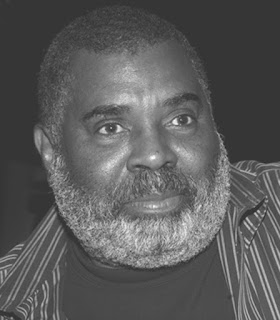