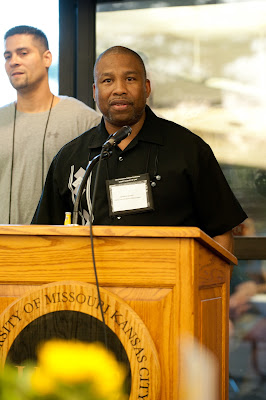 If you believe in Johnnie Savory and his innocence, please click on the link below to show Johnnie your continuing support.
http://www.pjstar.com/homepage/x1978602443 fhttp://www.law.northwestern.edu/wrongfulconvictions/newsandevents/currentCases/SavoryclemencypetitionExcerpts.pdf
http://www.ipetitions.com/petition/dnaforsavory/

Johnnie Lee Savory was imprisoned for 30 years--which is approximately 11,000 days--in Illinois for a crime he did not commit. Illinois has refused to test evidence in Johnnie's case for DNA that could not only establish his innocence, but also point to the real murderer.

The purpose of this petition is to collect one signature for every day Johnnie was wrongfully incarcerated.

After we collect these signatures, we will take this petition to Illinois Governor Patrick Quinn and request that he order DNA testing in Johnnie's case, which will be paid for by the Center on Wrongful Convictions at Northwestern University School of Law.

In 1977, when Johnnie was 14 years old, he was convicted of killing his friend and his friend's sister in their hometown of Peoria, IL. In December 2006, Johnnie was paroled with the help of the Center on Wrongful Convictions at Northwestern University School of Law.

When Johnnie was convicted, DNA testing did not exist. If it did, physical evidence found at the crime scene would have been tested for DNA as a matter of course.

Nevertheless, the prosecutor overseeing Johnnie's case has refused to order this testing, despite the fact that Johnnie has offered to pay for it himself, and that if Johnnie is guilty the testing should identify him as the murderer.

The governor of Illinois has the power to override this prosecutor's decision and order DNA testing.

Please sign our petition, forward it to your friends and family, and help ensure justice in the case of Johnnie Lee Savory.

We hope to collect 11 thousand signatures, approximately one signature for each
day Johnnie was unjustly incarcerated, to persuade Governor Quinn to.
www.ipetitions.com/petition/dnaforsavory/

Fighting for social justice. Seeking justice for those who were falsely imprisoned for crimes they did not commit. Born on the same day of Emmett Till.
http://thesavoryfiles.com/
https://twitter.com/JohnnieLSavory
http://standingupfortheinnocent2012.blogspot.co.uk/
http://www.law.harvard.edu/media/2012/03/26_plap.mov