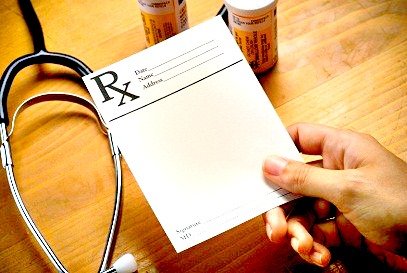 “Injury or illness caused by the healer is called iatrogenic harm. It’s so widespread, so frequent, so massive, and so continuous that it rarely makes headlines. And unlike a plane crash or a building collapse, the vast majority of iatrogenic deaths can be kept under wraps — and they are. Death by medical error or accident is the nation’s leading cause of accidental death, exceeding all other causes of accidental death combined. Medical error and accidents kill approximately as many people each month in the U.S. as Covid-19 did before vaccines became available.” Use systems redesign and the law to prevent medical errors and accidents by Michael J Saks and Stephan Landsman https://www.statnews.com/2021/08/04/medical-errors-accidents-ongoing-preventable-health-threat/

One of the best kept secrets in this nation of bountiful concealments and intrigue is the number of adverse reactions and deaths due to Iatrogenesis. What is Iatrogenesis you ask? Iatrogenesis is when a patient is harmed or dies as the result of: doctors’ wrong diagnosis, prescription error, faulty procedure, medical error, negligence, equipment malfunction, hospital or nursing home acquired infection or plain old malfeasance.

Five hundred ninety-nine thousand deaths due to the “health system” and these numbers don’t include mild or severe injuries, extended hospitalizations or deaths outside of hospitals! Not only is this an extremely well kept secret, the medical, pharmaceutical and insurance industries are working diligently to keep it that way. “Because hospital medical records often do not list incidents of iatrogenic harm, novel methods have been developed to detect it. The Institute for Health Care Improvement created a technique known as the Global Trigger, which scours medical records for subtle indications that a patient suffered unexpected harm. A 2013 meta-analysis of Global Trigger studies found 10 times as many adverse events as found by conventional records reviews, with deaths numbering as many as 440,000 per year. Other studies, using on-scene observers, have found comparable numbers of incidents. But hospitals are not the only place where health care is delivered. Vastly more patient contacts occur outside of hospitals, where the error profile is different, dominated by diagnostic and medication errors. The limited data that exist suggest that the number of deaths caused by iatrogenic harm outside of hospitals is roughly equal to the number that occur inside hospitals.” Use system redesign and the law to prevent medical errors and accidents Michael Saks and Stephan Landsman https://www.statnews.com/2021/08/04/medical-errors-accidents-ongoing-preventable- health-threat/

While they may be inconvenient for the patient, injuries and adverse reactions generate additional “treatment” thus further revenue! There is a disincentive within the “health care system” to fix the problem! Why would they fix this problem if they prioritize profit over people and lack the moral fortitude to do the right thing when doing the right thing would limit their bottom line?!  The Pharmaceutical/Health delivery/insurance complex is a huge profit generating partnership to the tune of trillions of dollars a year. https://www.statista.com/topics/6701/health-expenditures-in-the-us/#dossierKeyfigures  “But data on the five largest companies in each sector by revenue show pharmaceutical company profits are leagues above their health insurer and hospital peers, both on the for-profit and not-for-profit side. The top five drug makers saw a cumulative profit margin of 19.4% in 2018. For health insurers, that was 4.3%. The profit margin across the largest investor-owned health systems was 6% and 3% across the largest not-for-profit health systems.” Pharma profits highest in healthcare Tara Bannow https://www.modernhealthcare.com/finance/pharma-profits-highest-healthcare.

None of these entities want to kill their cash cow. None of them are talking about reducing healer induced injury or death. In fact they are actively engaged in lowing their liabilities and responsibility. Health care providers and insurance companies don’t want to pay out losses due to suits and Big Pharma has been working for decades to limit liability. “The pharmaceutical industry is currently pushing an agenda to essentially eliminate the ability of individuals to pursue fail-ure-to-warn claims against manufacturers, regardless of the adequacy of the warning provided. Despite the existence of serious questions about the integrity of industry raised by misconduct involving the medications Ketek, Neurontin, Paxil, OxyContin, Trasylol, Vioxx, and Zyprexa, industry asserts with a straight face that because it is regulated by the US Food and Drug Administration (FDA), federal law should bar an individual's ability to bring a failure-to-warn claim. The concern is that some courts have begun to buy this argument.” Redemption, tort reform and pharmaceutical claims Russell J. Thornton JD https://www.ncbi.nlm.nih.gov/pmc/articles/PMC2190559/

The wholes system is corrupt. The FDA is under regulatory capture by Big Pharma, the medical equipment and the food processing industries as I have shown in previous articles. What we are seeing with the COVID injection adverse reactions and deaths are exacerbating Iatrogenesis on a global level! Nevertheless the Big Pharma/medical/insurance hydra has no plans or means to reduce Iatrogenesis any time soon.