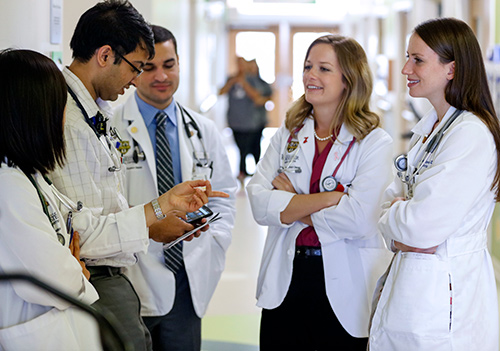 “… I will offer those who suffer all my attention, my science and my love. Never will I betray them or risk their wellbeing to satisfy my vanity. I will not hurt my fellow or put a knife to his flesh if I don’t know how, or give him an herb to soothe his pain, even if he begs for it in anguish, if it might take away his breath. I will never harm my suffering friend, because life is sacred, from the tender fruit that he once was in his mother’s womb to that first sigh he gave out between her legs when he opened his eyes to the world. I will try to understand his sorrows but his secrets will never leave my ears. Under no circumstance I will use his body to advance my knowledge or my fame, unless in his last moment, he or his widow gives me his corpse, so that his death may help me understand how to soothe another’s pain.” Parts of the Hippocratic Oath

We are living in an era of duplicity, mendacity, deceit, greed and immorality. These traits have metastasized and permeate our total society from top to bottom. Medicine, doctors and medical education are no exceptions they are in it eyeball deep.

There was a time upon completing their training and studies Western physicians swore an ancient oath to do no harm to their patients, to respect life and to dedicate his or her life to the service of humanity. Alas those days are long gone.

Today the Hippocratic Oath is considered outdated, passé and irrelevant. “Hippocrates was a Greek physician in the 4th century BC. He is most widely known for the Hippocratic Oath. But, like his theory of the four humours, the oath is now passé, a relic of a bygone era that is irrelevant to modern medical practice. You might be surprised to know that medical schools no longer require their graduates to take the Oath. Instead, many schools offer alternative professional oaths more in line with ‘modern’ values and culture, with little resemblance to the original Hippocratic Oath… The Oath outlined the duties of physicians to their gods, their teacher and their patients. Students were expected to follow this strict ethical code, to ‘profess’ their commitment. This was the origin of medicine as a profession. The vow was a shining contrast to many of the accepted practices of Greco-Roman physicians. Later, this oath was adopted by Christian physicians and was accepted as the common code of ethics in Western medicine…Physicians also vow to ‘not give poison to anyone though asked to do so’ nor ‘give a pessary to a woman to cause an abortion.’ You can detect the ban against euthanasia and abortion. Such participation would violate the proper role of a physician as a healer. This vow affirms the Hippocratic physician’s commitment to preserve human life and avoid patient injury.” The Hippocratic Oath https://everydaybioethics.org/podcast/hippocratic-oath

The Hippocratic Oath pledged to do no harm, to not administer poison, conduct abortions or harm a patient in any way. Today’s medical students are conditioned and trained to write prescription for pharmaceuticals most of which they are only vaguely familiar with or have no real knowledge of whatsoever. Today abortions and euthanasia are rampant part of the medical industry’s daily to do list. Today physician error, adverse medicine reactions and staff mistakes account of a significant number of patient injuries and death. This is called Iatrogenesis it consists of: wrong diagnosis, incorrect prescriptions, error or faulty procedures, techniques, information or equipment, negligence, hospital or nursing home infections.  https://www.corporatecrimereporter.com/news/200/michael-saks-on-the-epidemic-of-death-and-injury-from-healthcare/

The practice of medicine has changed over the years thanks to people like John D. Rockefeller who put his personal stamp on medical education, physician training and the fledgling pharmaceutical industry in the early twentieth century.  “Scientists were discovering various vitamins and guessed that many pharmaceutical drugs could be made from oil. This was a wonderful opportunity for Rockefeller who saw the ability to monopolize the oil, chemical and the medical industries at the same time! The best thing about petrochemicals was that everything could be patented and sold for high profits. But there was one problem with Rockefeller’s plan for the medical industry: natural/herbal medicines were very popular in America at that time. Almost half the doctors and medical colleges in the U.S. were practicing holistic medicine, using knowledge from Europe and Native Americans. Rockefeller, the monopolist, had to figure out a way to get rid of his biggest competition. So he used the classic strategy of ‘problem-reaction-solution.’ That is, create a problem and scare people, and then offer a (pre-planned) solution. (Similar to terrorism scare, followed by the ‘Patriot Act’). He went to his buddy Andrew Carnegie – another plutocrat who made his money from monopolizing the steel industry – who devised a scheme. From the prestigious Carnegie Foundation, they sent a man named Abraham Flexner to travel around the country and report on the status of medical colleges and hospitals around the country. This led to the Flexner Report, which gave birth to the modern medicine as we know it. Needless to say, the report talked about the need for revamping and centralizing our medical institutions. Based on this report, more than half of all medical colleges were soon closed. Homeopathy and natural medicines were mocked and demonized; and doctors were even jailed.” How Rockefeller Founded Big Pharma and Waged War on Natural Cures https://dta0yqvfnusiq.cloudfront.net/allnaturalhealingsrq/2019/04/How-Rockefeller-Founded-Big-Pharma-and-Waged-War-on-Natural-Cure

Rockefeller and Carnegie through their foundations money/donations political influence and “philanthropy” created allopathic medicine, pretty much wiping out homeopathic, naturopathic, chiropractic healing and singled handedly created the pharmaceutical industry! These advances began the gradual demise of the philosophy behind the Hippocratic Oath, “be a servant to humanity and do no harm.”

Today the consolidated for profit “health care” conglomerates and Big Pharma under the guise of progress, education and evolving bioethics have rendered the Hippocratic Oath and those who practice it obsolete and passé.