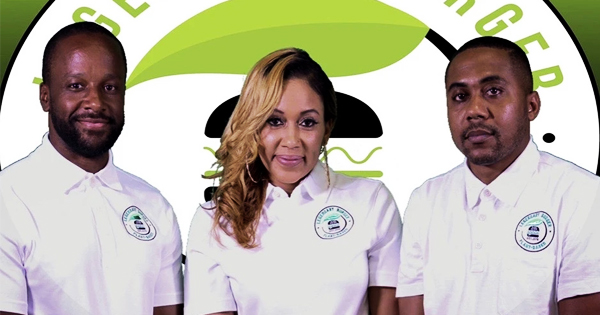 Everything Legendary, a Black-owned vegan burger company co-founded by 3 friends who graduated from Historically Black Colleges and Universities, has been creating flavorful yet healthy alternatives to meat products since last year. To serve more people amidst the pandemic, they switched to e-commerce and began delivering plant-based burgers nationwide.

Duane Myko, who graduated from Morgan State University, Danita Jones, who is from Bowie State University, and Chef Jumoke Jackson teamed up to bring vegan burgers to the community. Through that, they are hoping to educate more people with the advantages of eating healthy vegan foods.
It started when Myko saw firsthand the benefits of a vegan lifestyle from his mother who was able to fight lupus for more than 36 years. They wanted to share it with others, especially Black people who are known to have higher rates of blood pressure, heart disease, and obesity.
In 2019, they launched Everything Legendary offering four types of vegan burgers all created by Chef Jumoke Jackson in the kitchen, not in a lab. The burgers -- classic burger, pepper jack burger, cayenne pepper burger, and cheddar burger -- are all soy-free and gluten-free. They started selling their vegan burgers from local stores in Washington, DC.
Now, they are also available to order online. Although the switch to e-commerce meant they had to slightly increase their price, a lot of people still support the business as their burgers are believed to be "worth every cent."
For more information about Everything Legendary and/or to order online, visit EatLegendaryVegan.com or follow them on Instagram @LegendaryBurgerCo