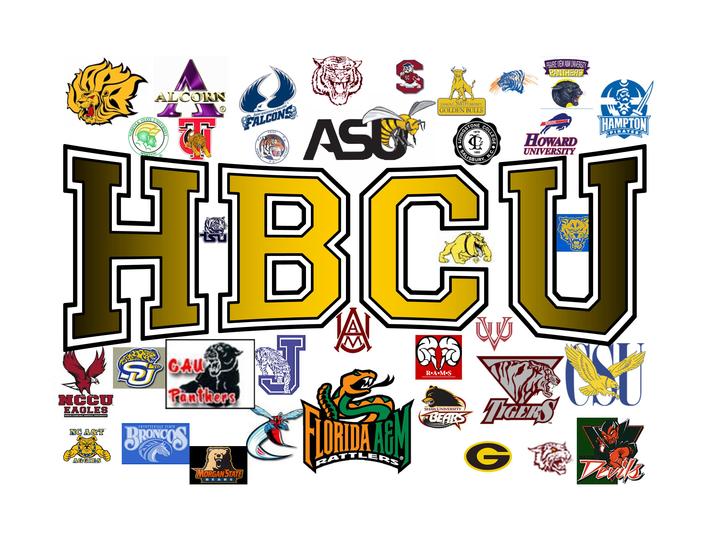 “While HBCUs today look quite different from the schools that were founded in the 1800s, HBCUs now find themselves in a continuing conversation on whether these institutions should exist in a post–Brown v. Board of Education and post-Obama environment. The relevancy of HBCUs has been the subject of academic inquiry, and many media outlets recently have raised the question of the continued existence of these institutions. Some believe that HBCUs are a remaining vestige of segregation, and many cite the opportunity for African Americans to now attend all institutions of higher education-unlike at the time of the founding of HBCUs. The financial exigency in many states are making leaders take a look at the increasingly scarce funding for higher education, and states are taking a hard look at the future of financing HBCUs. States and the federal government have also placed a renewed focus on accountability, and HBCUs have been criticized for their performance on the metrics used to evaluate all higher education institutions. Simply put, the world of higher education is changing.” Repositioning HBCUs for The Future Access, Success Research and Innovation Association of Public and Land Grant Universities John Michael Lee Jr. and Samad Wes Keys  https://www.aplu.org/library/repositioning-hbcus-for-the-future-access-success-research-and-innovation/file

HBCUs are facing a myriad of challenges they didn’t anticipate or contemplate two years ago such as the health and public safety concerns around the pandemic and nation wide lockdowns. Funding shortages, low alumni giving and the ongoing question of the relevance of HBCUs were issues that needed resolution even before the pandemic turned US higher education upside down. Higher education in the US never existed in a vacuum; it was always impacted by paralleling social, economic and political events, HBCUs even more so.

The history of HBCUs is one of resilience, perseverance, adaptation and innovation often during times of extreme hostility towards African-Americans amidst socio-economic and political volatility. HBCUs had to survive apartheid, virulent racism, color caste and oppression as well as events like the Great Depression and the recession of 2008.

US Higher Education in general suffered during the Great Depression, enrollments declined, there were professor lay-offs, endowments decreased, construction dropped, fundraising was difficult and this reality was far worse for HBCUs. “The Great Depression and World War II left many Black colleges in a financial crisis. Despite improvements in funding in previous years, most land-grant HBCUs were still dismally underfunded when compared to their White counterparts. Private HBCUs were in an even tougher bind. The Depression had wiped out many of their sources of philanthropy. Fundraising was becoming very difficult and distracted administrators from issues of improving education. In 1943, Dr. Fredrick D. Patterson, president of the Tuskegee Institute, published an open letter to the presidents of private HBCUs urging them to band together, pooling their resources and fundraising abilities. The next year, the United Negro College Fund began its activities soliciting donations to private HBCUs, with far greater efficacy than any one of its member colleges alone.” Historically Black Colleges and Universities a Proud History http://www.hbcucouncil.com/HBCU-s.html

The innovative thinking of Tuskegee University’s Dr. Fredrick D. Patterson is needed today. There are areas where HBCUs can collaborate with each other as well as their predominantly white counterparts such as lobbying for more state and federal funds. HBCUs are facing complex challenges and need visionary innovative leadership.

The good news is there are abundant opportunities for HBCUs to rebound and thrive even during times like these. HBCU leaders have to be willing to be candid about their situation and be optimistic they can guide the institution forward. The worst thing an HBCU president can do is lie to his administrative staff, faculty, alumni, constituents and the general public. The second worst thing is to exaggerate the college or university’s situation. Honesty is the best policy.

HBCUs need leaders who can employ and integrate best practices such as: sound fiscal management, networking and partnering skills both internally and outside the university. HBCU presidents need to have a good relationship with their Trustees, have a sound vision for the institution and be able to engender the support needed to execute that vision, they need a competent administrative team, an effective external affairs department, a comprehensive fundraising strategy and support staff, have a visionary Provost and faculty, a good working relationship with alumni and other constituents and have a positive presence in the surrounding community.

The future can be bright for HBCUs even in these turbulent times. We will continue to examine the good, bad and ugly of HBCUs.