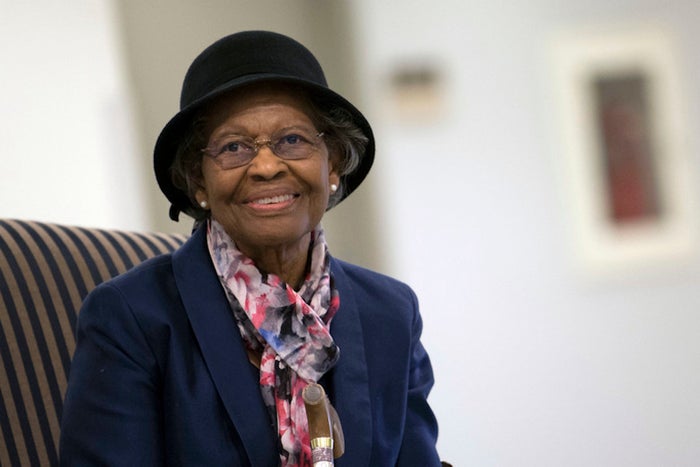 As we celebrate Black Women’s History we are sharing the life stories of Black women we rarely hear about who have made monumental contributions to society, their people and the world. Today we are sharing the story of Gladys Brown West a mathematician and engineer who helped develop the technology behind a tool we consider indispensible today, the Global Positioning Satellite (GPS).

Gladys Brown was born in 1930 in rural Sutherland Virginia, her exact natal day is not known. At an early age Gladys Brown determined she was not going to earn her living as a farmer tilling the fields on the family farm or working in a tobacco factory like her parents. She heard that the valedictorian of her high school could get a full scholarship so she studied hard and graduated at the top of her high school class. She attended racially segregated schools which was the law in Virginia at that time. She received a scholarship to attend Virginia State College (now University) an HBCU majoring in mathematics.

After graduation from VSC she taught school for several years before returning to school to pursue a Master’s Degree in mathematics also at VSC. Upon earning her Master’s Degree Gladys Brown returned to teaching math. She eventually was hired at the Naval Surface Warfare Center Dahlgren Division in Dahlgren, Virginia. She was one of only four African-American employees at the facility. There she met her future husband Ira West. Mrs. West began working with the IBM computer and had to learn computer programming and coding for the huge mainframe computers at the facility.

Working with the IBM computer, led to new assignments which eventually led to her being a collaborating partner creating new technologies. “In 1962, she joined the Scientific Programming & Analysis Branch in the Computation Division at Dahlgren, where she served on a five-member team that programmed the NORC for Project 29V, a path-breaking astronomical study that established the regularity of the motion of Pluto relative to Neptune, based on 5 billion arithmetic calculations that consumed 100 hours of computing time. Based on the programming team’s Project 29V work, the Department of the Navy gave the team an ‘Award of Merit for Group Achievement’ in December 1964. Thereafter, Dr. West worked on precise calculation of satellite orbits using the NWL’s more advanced Stretch (IBM 7030) computer. Using complex algorithms to account for variations in gravitational, tidal, and other forces that distorted Earth’s shape, she programmed the computer to deliver increasingly refined calculations for an extremely accurate geodetic Earth model, a geoid, optimized for what eventually became the Global Positioning System (GPS) orbit. Without that model, and regular updates thereto, the extraordinary positioning, navigation and timing accuracy of GPS would be impossible to achieve.” https://www.afspc.af.mil/Portals/3/documents/Pioneers/2018_West.pdf?ver=2019-02-15-160233-693

Mrs. West earned another Master’s Degree in Public Administration in 1973 from the University of Oklahoma. She steadily advanced in her career. “In 1975, one year after NWL was renamed the Naval Surface Warfare Center (NSWC), Gladys West became project manager for the Geodynamics Experimental Ocean Satellite, or GEOS-3, which confirmed conceptually that satellite radar altimeters could be employed for ocean geodesy measurements and resulted in the acquisition of a significant set of data. Then, in 1978, as project manager for SEASAT, West oversaw development of the first satellite capable of remotely sensing oceans, which resulted in further refinement of altitude variations. That led, in 1984, to geodetic data collection from the Geodetic Satellite, or GEOSAT, which enabled all the military services to create computer simulations of Earth’s surface for cutting-edge applications. In June 1986, West published a guide, titled ‘Data Processing System Specifications for the GEOSAT Satellite Radar Altimeter,’ that explained how to calculate the accuracy of geoid heights using GEOSAT data.” Ibid

Mrs. West also earned a PhD in Public Administration from Virginia Polytechnic Institute and State University after she retired. Since her retirement Dr West has worked assiduously promoting and encouraging youngsters to develop a love and appreciation for science, technology, engineering and mathematics (STEM). In her nineties Dr West finally began receiving recognition for her pioneering work and creation of GPS technology. In 2018 Dr. West was honored by the Virginia General Assembly and inducted into the Air Force Space and Missile Pioneers Hall of Fame.