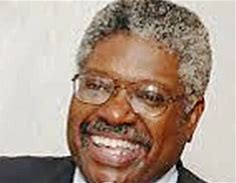 This past year has been extremely challenging for everybody, to say the least.  Nevertheless, I do have a lot to be thankful for.  First of all, I give thanks to the Creator and to our Ancestors who struggled and paid the price for us to survive another day.   I am thankful that the health challenges, visited upon me, are diminishing by the Grace of God.  I am also thankful to all the persons who have stood with me and shown and expressed love and support throughout.  It means a lot to me.  Thanksgiving Day is only three days away.

I first came to New York in 1973.   By 1976, I’d had it. I was about to leave New York City for good.  The "Gang of Four" had contributed to my being fired at Harlem Assertion of Rights.  Mayor Abe Beame wanted to close Cooper Junior High School in Harlem because it had been rated one of the top ten middle schools in New York City.  I received a pink slip the weekend before I was scheduled to argue an appeal before United States Court of Appeals for the Second Circuit to keep it open.  This well-structured school is now a church.

It was on Thanksgiving Day 1976 that a rogue police officer, Robert Torsney, shot 13-year-old Randolph Evans in the head at point-blank range in Brooklyn.  Rev. Herbert Daughtry, Charles Barron and the National Black United Front had called on white lawyers to assist them in demanding justice for Randolph Evans.

The New York Police Department offered the flimsy defense of an epileptic seizure to P.O. Robert Torsney.  Later, an all-white jury found him not guilty by reason of insanity.  He was released from psychiatric care a year and a half later to go on with his life.  In re Torsney, 394 N.E.2d 262 (N.Y. 1979).

Instead of moving to Georgia, I decided to practice law out of my car.  New York needed a Black lawyer.  My wife, Leola, was already on the unemployment rolls.  I had no roots in New York.  Moreover Black lawyers in high-profile cases were carrying the brief case of white lawyers in New York City.  Black lawyers generally were only handling minor, hubcap cases.  I was different.  White lawyers had to sit second chair to me.

In 1986, white vigilantism raised its ugly head again in Howard Beach.  Michael Griffith was chased to his death by vigilantes. I vowed to end these racial attacks.  Law school had taught me that punishment was the only deterrent.   Experience had taught me that a public prosecutor was subject to the political whims of the white community.

Whites are not inclined to investigate and prosecute their own.  My goal, in Howard Beach, was to punish the white mob for murdering Michael Griffith.  I used my own money, and legal skills to extract justice. I demanded, without precedent, a special prosecutor “or else”.  Black activists only wanted to make noise and hog the cameras but no one stood with me in refusing to cooperate with the authorities.  White vigilantes went to jail after my necessary stance caused successful, criminal prosecutions.

On November 28, 1987, Tawana Brawley was walking home at night and was kidnapped and raped in Dutchess County, NY.  She was found, semi-conscious with her body smeared with feces and the racial epithets "nigger and KKK" written on it. Her appearance had all of the earmarks of a "hate crime."  It was a definite call for Black men to rise up and protect their women.  Under the Taney test, in Dred Scott, Black males were "boys" and not men.  Dr. Martin L. King, Jr. complained about stigmatizing Blacks.

By December 1987, I realized that it was too much to ask of one Black lawyer to finance the struggles of Black people.  I had fought for a special prosecutor and won in Howard Beach.  Now, activist, Sonny Carson wanted me to defend the Brawley family against legal attacks.  Sonny knew that it was illegal in New York for a Black woman to accuse white men of rape.

I agreed to represent the Brawley family under one condition. The family would have to receive substantial support from the Black community.  I was going to need it.  From Mississippi to New York, no Black woman could accuse a white man of rape without legal retaliation.

Several persons and organizations did show up in Newburgh, NY in support of the Brawley family on December 12, 1987, including Min. Louis Farrakhan.  This support system was supposed to be present throughout the ordeal and struggle.  It would be needed.  Unfortunately, all of these supporters found an escape clause.  I could not abandon Black women, however.  It would be reminiscent of Celia, A Slave.

In 1989, in the Bensonhurst section of Brooklyn, NY, Yusuf Hawkins was killed by vigilantes.  With me hovering over her, District Attorney Elizabeth Holtzman decided to do the right thing for once.  White men had to be prosecuted.  In May 1990, Joseph Fama would be convicted of murdering Yusuf Hawkins and was sentenced to 33 years to life.  My license was also suspended on May 21, 1990.  This was no coincidence.

The government in New York is no different today than it was in 1982. In 1982, Blacks in New York had overwhelmingly voted for Mario Cuomo for governor.  He responded to the Black community by appointing all whites as department heads.  When asked about his appointing all whites to cabinet posts, he responded by saying he owed nothing to Blacks. “They were voting against Mayor Ed Koch,” his opponent, “and not for me” in the 1982 Democratic primary.  Today, Andrew Cuomo, his son is carrying on his legacy.

Gov. Mario Cuomo publicly expressed his wish that Sharpton had collided with the third rail in December 1987.  This was a “death wish”. Rev Al Sharpton was not deterred.  He wanted to find a way to serve the Cuomos.  Tawana Brawley was the key for his access to the Cuomos.  Once he enjoyed their attention, he had planned to flip.

The Brawley files are still classified.  New York has a lot to hide after running the Brawley family out of New York, “debarring” two of her attorneys and indicting her spiritual advisor on 70-counts.  This is a classic, state-sponsored cover-up.  I am still indefinitely suspended for representing a Black child.

No political third party is allowed for Blacks.  All Blacks must be counted as Democrats.  Sharpton is given a fee for every Negro counted as a Democrat. Sharpton views me as a cattle rustler. When Blacks enroll in the Democratic Party, they are automatically endorsing their own oppression.

Although in 1986, I became the first Black person in the United States to successfully demand a special prosecutor, it was attendant with heavy costs.  "The handwriting was on the wall."  Four years later, I would be barred from all courtrooms without any semblance of a hearing although I am still licensed to practice law in Pennsylvania, New York and Georgia and in their federal courts.

Today, Blacks in New York are back to where they were after the death of Cong. Adam Clayton Powell, Jr. in 1972.  I dare to say if I had been practicing law in New York when Esther James accused Powell of defamation, there would have been no contest.  I would have run James and the PBA straight out of New York.  Unfortunately, Cong. Powell was unable to retain a real Black lawyer in New York.

The American colonists admitted during the eighteenth century what Blacks in New York are denying today; that is, "taxation without representation" equals slavery.  This is our condition despite the Thirteenth Amendment.  No one has the temerity to file a civil rights lawsuit against New York.  Blacks in New York are still in slavery but under Roman law, this is a "bait and switch".

Cong. Adam Clayton Powell, Jr. was born on November 29, 1908 in Connecticut.  Even LBJ said that he was the greatest legislator ever.  Most of his legislation aided poor people.  Every year, his birthday should be honored.