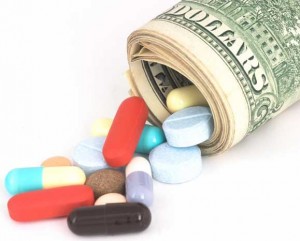 “The new low in the pharmaceutical industry's U.S. image comes amid a range of criticisms of industry norms, from generating the highest drug costs in the world to spending massive amounts in lobbying politicians to the industry's role in the U.S. opioid crisis. Several Democratic candidates have called out the industry in their party's presidential debates. Just after Gallup conducted this poll, an Oklahoma judge ordered Johnson & Johnson to pay $572 million for its role in the state's opioid epidemic. Meanwhile, legislators on Capitol Hill are working to rein in the industry's drug prices.” https://news.gallup.com/poll/266060/big-pharma-sinks-bottom-industry-rankings.aspx

The ravages of the global SARS-CoV-2 outbreak have placed the spotlight on the multinational pharmaceutical companies whose reputations have been tanking the past few years as they rush to create a vaccine and treatment therapies for the disease. But “Big Pharma” has a serious image problem. In a 2019 Gallup Poll survey respondents ranked the pharmaceutical industry the lowest. https://news.gallup.com/poll/266060/big-pharma-sinks-bottom-industry-rankings.aspx

This is not surprising since the industry has come under increasing scrutiny and ire for an assortment of reasons like: high prices, price gauging, and responsibility for the opioid crisis, safety concerns and the numerous legal actions taken against them. It doesn’t help that the industry spends far more on marketing and advertising than it does on research and development! https://www.vox.com/2015/2/11/8018691/big-pharma-research-advertising

The opioid crisis currently raging across this country has not helped the public feel warm and fuzzy towards the pharmaceutical industry. While physicians write the prescription the drug companies are the ones who schmoozed doctors, wined and dined them to get them to prescribe their drugs. Some doctors even received kick backs from industry reps and the companies. “CNN reports millions of dollars paid to doctors by companies that make opioids, but these payments are just the tip of the iceberg. Using ProPublica‘s database, we looked at all pharmaceuticals that had at least $10 million in payments to doctors between 2013 and 2015. The indications for these drugs run the gamut, from diabetes to Parkinson’s to skin disorders and more.

But the drugs for which companies paid the most to doctors were not opioids – they were cancer drugs, blood thinners, and drugs to treat mental health conditions. Companies also shelled out a substantial amount (more than $150 million) for drugs to treat diabetes and multiple sclerosis.” Industry Payments to Doctors: Opioids Are The Tip of The Iceberg Judith Garber https://lowninstitute.org/industry-payments-to-doctors-opioids-are-the-tip-of-the-iceberg/

The US has the best government money can buy and Big Pharma is one of the top bribers. The pharmaceutical industry is one of the top spenders when it comes to lobbying Congress to get what it wants. “The pharmaceutical industry is holding on to its title as the top lobbying force in Washington amid pressure from lawmakers at all ends of the ideological spectrum. Drugmakers have spent more than $129 million through September, slightly down from nearly $133 million at this time last year, but still far more than any other industry. The larger pharmaceutical / health products industry, which includes medical devices and dietary supplement companies along with drug makers, spent $228 million through the third quarter of 2019, a record-breaking pace that is up $10 million from this time last year…Some of the biggest increases from the industry came from Akebia Therapeutics (up to $1.5 million from $110,000 this time last year) and Humira manufacturer AbbVie (up to $5.4 million from $4.3 million). The industry’s main trade association, Pharmaceutical Research & Manufacturers of America, increased its spending by $930,750 to nearly $22.8 million. It is the fourth-highest lobbying spender so far. That spending comes on top of the industry’s many ad campaigns designed to influence lawmakers and the general public. The industry fights threatening legislation in creative ways, including funding prominent but unrelated associations to push pro-industry messages on the airwaves.” Big Pharm Continues To Top Lobbying Spending Karl Evers- Hillstom https://www.opensecrets.org/news/2019/10/big-pharma-continues-to-top-lobbying-spending/

Big Pharma has come under serious attack by activists claiming vaccines are the cause of the rise in autism, the drug companies have also faced major law suits because of adverse affects of their products. There has been a raging debate between supporters of the Measles Mumps and Rubella (MMR) vaccine and those who claim the vaccine is linked to autism. The opponents are called anti-vaxxers. The corporate media generally sides with the CDC, WHO and Gates and Big Pharma. Many parent groups are skeptical about the efficacy and safety of vaccines. Studies sponsored and paid for by both sides are used to buttress each side’s positions. So far it seems to be a draw but the debate has left many very suspicious of Big Pharma and the industry has not been able to shake this mistrust. To compound matters, in recent years several multinational pharmaceutical companies have faced and lost major lawsuits over their products harmful affects and not just from opioids. https://www.pharmaceutical-technology.com/features/biggest-pharmaceutical-lawsuits/.

A recent Reuters/Ipsos poll indicated a quarter of Americans stated they had no interest in taking a COVID 19 vaccine if it was offered because they had serious concerns about how the vaccines were being rushed to market (48%) and another segment (42%) stated they didn’t trust the vaccine makers. http://www.informationliberation.com/?id=61474

Now Big Pharma is trying to clean up its image in anticipation of a humongous payday with SARS-CoV-2 vaccines and treatment therapies. There is a push and rush to come up with vaccines and therapies for SARS-CoV-2 which will provide a boondoggle for Big Pharma. In their typical profit over people mindset, Big Pharma is skipping the normal research and testing process to get their products to market. https://www.livescience.com/coronavirus-vaccine-trial-no-animal-testing.html

We need to remember why Big Pharma has such a poor reputation and has garnered so much mistrust! We must keep an eye on the fact they are being given carte blanche and immunity from legal liability to fast track these COVID 19 drugs, getting them to market by skipping the usual testing procedures.

This is why Bill Gates keeps pushing the lock down until a vaccine is available and Trump promises a vaccine with a few months! We need to be extremely skeptical and vigilant about these vaccines.  https://thefreedomarticles.com/criminal-big-pharma-put-in-charge-covid-19-vaccine/ Remember Bill Gates is a eugenicist (a racist who favors selective breeding) and is pushing for depopulation, population control and sterilization through vaccination. https://www.fli.org.au/bill-gates-saviour-for-a-new-world-order/. Big Pharma is part of Gates’ eugenic agenda.