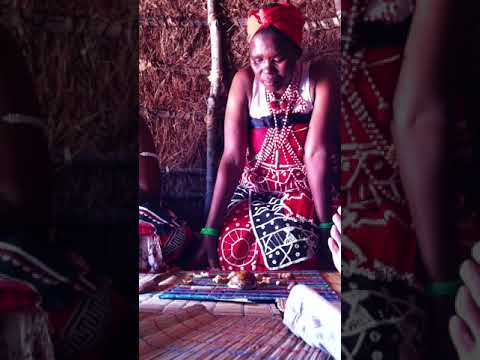 “Spirituality centered wisdom stands for both justice and dignity and it cannot be trivialized. It emphasizes philosophies of connectedness, coexistence, belongingness, love, and compassion in education. In the light of this understanding of spirituality, the African renaissance and pedagogy should be grounded in spirituality centered wisdom, cultural identity and consciousness.. As asserted by Palmer (1999), involving spirituality in pedagogy is ‘reclaiming the vitality of life’” African Ways of Knowing and Pedagogy, Constantine Ngara

For the past several weeks we have been examining African cosmology in a general observation and overview. At its core African cosmology, regardless of the tribal or ethnic origin, is based upon the belief the universe is both SPIRITUAL and physical in nature. Africans’ perception of reality posits our physical reality is interpenetrated by an omnipresent spiritual reality that impacts and influences our lives and environment all the time.

For Africans and indigenous people who see themselves as an integral part of a vast spiritual universe, SPIRIT provides additional means of knowing as well as providing insight, information and guidance to help address life’s vicissitudes. When one’s reality is a spiritually dynamic universe, one employs spiritual means to discern the invisible causes behind life’s happenings and also to glean insight and direction for important decisions and courses of action.

Indigenous people routinely call on the spirits, ancestors, healers and diviners to help them unravel life’s challenges and to provide wisdom and information. Divination, contrary to popular misconception, is a universal tool used by most of humanity in some form or another.

Divination is an essential source of knowledge and makes absolute sense in cultures who believe energies, spirits; forces and intelligences are omnipresent and play a vital role in community and personal life.

But because most of what we know about Africa was given to us by non-Africans who disparaged Africa and Africans, we too denigrate and disparage our cosmological heritage and roots. We were conditioned to be ashamed of our African heritage and we were taught to hate everything African! As Malcolm X said “We didn’t want anyone to tell us anything about Africa, much less call us an African and in hating the African and hating Africa we ended up hating ourselves without even realizing it because you can’t hate the roots of a tree and not hate the tree. You can’t hate your origin and not end up hating yourself.” Malcolm X, The Roots of Black self-hatred.  But that is changing now.

Many different forms of divination exist and we are familiar with them such as: crystal ball gazing, tarot cards, the I Ching, fortune telling as well as occult (hidden or secret) practices like palmistry, numerology and astrology.

Africans have been using rituals and varying forms of divination for eons. In his book Of Water and the Spirit Malidoma Patrice Some’ shares the details of a ritual that takes place a few months prior to the birth of a child to determine why this particular child is incarnating at this time.

“The pregnant mother, her brothers, the grandfather and the officiating priest are the participants. The child’s father is not present for the ritual but merely prepares the space. Afterward he is informed about what happened. During the ritual, the incoming soul takes the voice of the mother (some say the soul takes the whole body of the mother, which is why the mother falls into trance and does not remember anything afterward) and answers every question the priest asks. The living must know who is being reborn, where the soul is from, why it chose to come here and what gender it has chosen. Sometime, based on the mission of the incoming soul, the living object to the choice of gender and suggest that the opposite will better accommodate the role the unborn child has chosen for him or herself. Some souls ask that specific things be made ready before their arrival-talismanic power objects, medicine bags, metal objects in the form of rings for the ankle or the wrist…” ibid page 20

Some’ is sharing Dagara ideas about reincarnation, destiny, life mission, spiritual protection, spiritual power and the purpose of being. All of this is consistent with African cosmology, philosophy and the idea that knowledge about the unseen and unknown can and must be obtained from SPIRIT since SPIRIT is the parent reality.

A vast reservoir of information is available to us via SPIRIT. We can access it through prayer, meditation, divination and ritual. This is the African/indigenous way. It is part of aboriginal people’s genius now  called Indigenous Knowledge Systems (IKS) by the West. The more we learn about African cosmology the more profound, powerful and practical it becomes.