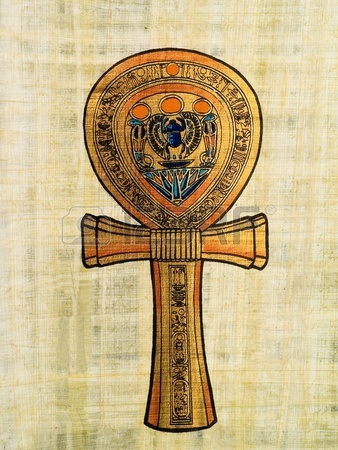 African Cosmology and Concepts of Reality

Our African ancestors postulated the universe was teleological meaning it was designed with purpose and meaning and the designer was spiritual; that is intelligent, possessing consciousness (self-awareness), was powerful energy and non-material. This creator, planner and architect, our ancestors posited was unseen, unknowable and beyond human comprehension.  They knew it existed but could not fathom it in its totality although they could see and intuit aspects of it all around them.

This ancient philosophy and cosmology is the root and foundation of all non-western metaphysical, religious and scientific thought. A closer examination of all current religious dogma and ideology will find some aspect of this ancient African cosmology in it. Over time leaders, priests and others perverted this ancient truth and used it for their own aggrandizement, power and profit.

Traditional Africans no matter their means of sustenance whether primitive hunter gatherers, agriculturalists, herdsmen or fishermen all embraced the idea the universe is purposeful, spiritual and mental in nature. They clearly understood this primordial consciousness/spirit is the cause, root and foundation of everything (all) that exists. This ideology is attributed to the Nile Valley Africans but it probably has its true origins deep in antiquity in the interior of Africa.

It has come down to us in modern times as the Hermetic Philosophy and principles, or the hidden (occult) wisdom. It was originally attributed to Djhuty (Tehuti) also referred to in honorific terms as “the Master of Masters”, the father of astrology, occult wisdom and magic. In ancient pre-dynastic Kemet, Djhuty was deified because of his wisdom and righteousness. While his teachings were the basis of metaphysical and religious philosophy and spread around the world, it was not given openly; it was reserved for the true seekers of truth. Djhuty was subsequently referred to as Hermes and Thoth by the Greeks.

“Even to this day, we use the term ‘hermetic’ in the sense of ‘secret’; ‘sealed so that nothing can escape’; etc and this by reason of the fact that the followers of Hermes always observed the principle of secrecy in their teachings. They did not believe in ‘casting pearls before swine,’ but rather held to the teaching ‘milk for babes; meat for strong men’ both of which maxims are familiar to readers of the Christian scriptures, but both of which had been used by the Egyptians for centuries before the Christian era.” The Hermetic Philosophy from The Kybalion A study of Hermetic Philosophy of Ancient Egypt and Greece page 18.

Djhuty (Tehuti) was called Hermes Trismegistus (three times great) by the Greeks who were deeply in awe of and greatly influenced by Nile Valley Africans. The Africans posited the universe as one organic whole governed by seven basic principles:

Mentalism: the all is mind, the universe is mental, and mind creates everything

Correspondence: as above so below, as it is below so is it above

Vibration: everything is in constant motion; nothing rests, everything vibrates at differing frequencies,

Polarity: everything is duel, everything has opposites identical in nature but different in degree

Rhythm: everything has an ebb and flow, in and out, advance and recoil

Gender: everything, everything animate and inanimate is masculine and feminine

This ancient truth is being born out in modern times by the Johnny Come Lately Westerners who lack a true sense of spirituality because they are too focused on sense awareness and they perceive the universe only through their limited physical senses. However now they are being forced to expand their view of “reality” because their research and sophisticated machines have discovered frequencies beyond the range of human sensory perception. Their quantum and atomic theorists now postulate that everything is in constant motion, that energy is inbuilt in everything animate and inanimate alike. But they are still unwilling, at this point, to admit that all creation has consciousness with a resulting teleological order and significance; something our African ancestors knew intuitively eons ago!

Africans, aboriginal and indigenous people always attempted to live in harmony with the natural order. In fact ancient Africans called the natural order Maat (Divine Order, truth, harmony, balance, justice, righteousness and reciprocity) and they knew just like the seven principles dovetailed, connect to and comingled with each other so does Maat.

When we were in our right minds unencumbered by foreign ideas and notions of reality, we knew to have a sense of awe, reverence and respect for the spirit, energy and intelligence responsible for creation and sustenance of the universe. As a result our prehistoric ancestors developed ways to recognize and propitiate the spirit(s) for good, guidance and direction. In the future we will look at how our ancestors used Djhuty’s wisdom to assist and enhance their daily lives.