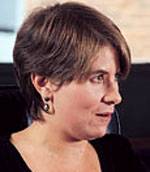 From the Los Angeles TimesRev. Wright deserves some attentionWriting him off as twisted does nothing to promote reconciliation.Rosa BrooksMay 1, 2008'God damn America," declared the Rev. Jeremiah A. Wright Jr. in 2003. But if that got you worried that Wright was somehow not a trueAmerican, this week's events ought to set your mind at rest. With multiple televised performances, Wright has now definitively proved he shares that most quintessential of all American traits: a profound desire to hog the airwaves and proclaim, "It's all about me." Next stop: "American Idol"!Thanks a lot, Reverend. Barack Obama's campaign must be wishing some chickens would come home to roost right on top of the esteemed reverend's head, while pecking and squawking energetically enough to force Wright off stage for, say, the next six months and four days.With a campaign message emphasizing unity and hope, the last thing Obama needs is his former pastor running around espousing views most other Americans find offensive and deluded, such as the conviction that the U.S. government started the HIV/AIDS epidemic, or the suggestion that U.S. foreign policy is little different from terrorism.On Tuesday, Obama finally got fed up with the Jeremiah Wright Show, telling reporters that "Rev. Wright does not speak for me. ... I cannot prevent him from continuing to make these outrageous remarks. But ... when I say I find these comments appalling, I mean it."It's pretty hard to find any Wright defenders these days. Prominent African American commentators? Forget it. Columnist Cynthia Tucker of the Atlanta Journal-Constitution says Wright's "anger -- indeed, bitterness ... have clearly distorted his views." The Rev. Eugene Rivers, a black minister from Boston, says Wright's on an "ego trip." In the New York Times, Bob Herbert wonders why Wright seems "so insistent on wrecking the campaign of the only African American ever to have had a legitimate shot at the presidency." Not even the Rev. Al Sharpton is defending Wright.But.Something about our collective willingness to throw Wright under the nearest subway train strikes me as a bit too easy.Sure, Wright's a self-centered jerk, but he's unfortunately not the only man in the United States who believes the conspiracy theories he's been spouting.Take HIV/AIDS. Sadly, Wright's views aren't very far out of the African American mainstream on this. A 2005 Rand Corp. survey found, for instance, that 15% of African Americans consider AIDS "a form of genocide against African Americans." Nearly 27% agreed that "AIDS was produced in a government laboratory," and a whopping 59% felt that "a lot of information about AIDS is being held back from the public."We can dismiss Wright as bitter and twisted -- but are we prepared to also write off somewhere between a quarter and half of all African Americans? If not, we'd better ask why do so many ordinary people give credence to such wrongheaded theories?Let's turn to Wright, the man with all the answers. Here's what he said this week: "Based on the Tuskegee experiment and ... what has happened to Africans in this country, I believe our government is capable of doing anything."That's not a completely unreasonable perspective. The Tuskegee experiment was a 40-year U.S. Public Health Service study on the effects of untreated syphilis. Who were the lucky human guinea pigs who got to experience untreated syphilis? Poor and mostly illiterate black sharecroppers in Alabama, that's who. They were falsely informed that they had "bad blood," not syphilis, and denied access to the necessary medicine. The study was terminated only in 1972, when an appalled researcher leaked reports to the media.That could make you a little paranoid. And it's not a form of paranoia Americans can afford to scoff at. As the 2005 Rand study concludes, African American distrust of the healthcare system -- stemming from "well-documented cases of racial discrimination that led to substandard healthcare for African Americans" -- may be "one factor contributing to the AIDS epidemic."In other words, if we want to score political points, we can dismiss AIDS conspiracy theories as crazy. But if we're actually interested in ending the AIDS epidemic, we need to understand how rational people can end up believing such theories so we can persuade them to change their minds and their behavior. The same goes for most of Wright's other seemingly far-fetched assertions.In the end, this is probably the true tragedy of the Wright controversy. His self-indulgent antics make it all too easy for the comfortable white majority to write off black anger and mistrust as "crazy" and offensive. Wright says he wants to open our eyes to racist oppression, but he ends up playing into every right-wing caricature. As Obama laments, Wright's comments ironically "end up giving comfort to those who prey on hate."Let's not make it even worse. Feed Wright to the chickens -- but even if it makes us queasy, we should take his theories about the world seriously enough to refute them, carefully and thoughtfully. If we truly want to move beyond the politics of division, we can't afford to do anything less.rbrooks@latimescolumnists.com