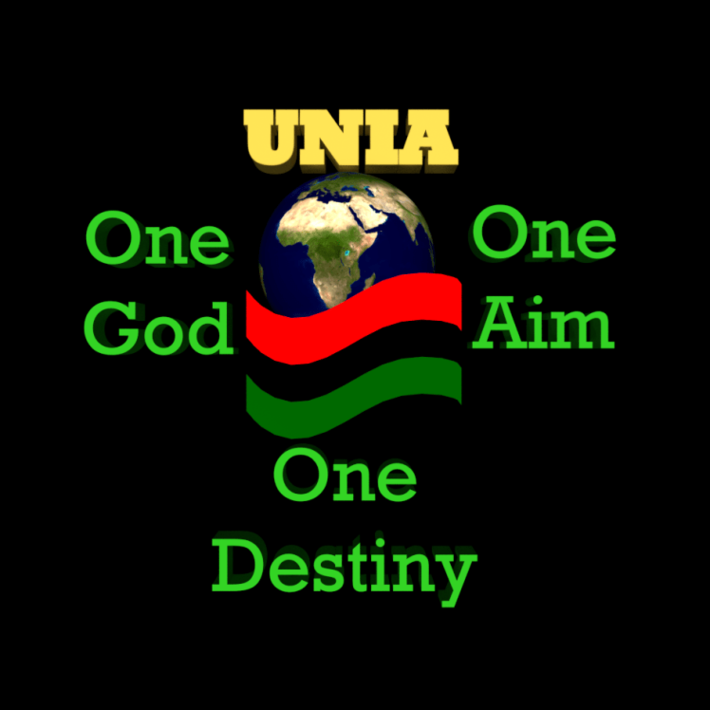 Today the Mhotep Corporation announced plans to make August 13, 2020 the Reddest, Blackest and Greenest day ever. To that end, they invite everyone to celebrate and “Wear Red, Black and Green on August Thirteen!” 100 years of the Red, Black, and Green aka RBG (#RBG100), which symbolizes the origin of the entire human race on the continent of Africa, is a significant milestone.

August 13, 2020 begins 100 years since designation of Red, Black, and Green as the colors of Black people worldwide. 2020 also marks 120 years since Will A. Heelen and J.Fred Helf wrote the derogatory song “Every Race Has A Flag But The Coon.” It belittles Africans at home and abroad for not having a flag. Red, Black, and Green first saw usage as the flag for the United States of Africa in the Black Star Line’s maiden voyage on November 23, 1919. The colors Red, Black and Green begin their 100th year as the symbol of all people of African ancestry.
The Mhotep Corporation encourages celebration of the 100th year of RBG. (#RBG100)
Date is also designated World Melanin Day since melanin puts the "B" in RBG and the "Black" in Red, Black, and Green.
Melanin is worth over $395 a gram more than gold.

It was August 13, 1920, in the second Madison Square Garden, when members of the Universal Negro Improvement Association and African Communities League led by first President General Marcus Garvey signed the Declaration of Rights of the Negro Peoples of the World. Declaration 39 reads, “That the colors, Red, Black and Green, be the colors of the Negro race.” It was the thirteenth day of their first annual international convention. The U.N.I.A. spent the previous twelve days meeting three and four times a day giving testimony, praying, and making speeches.

Suggested activities for the day range from holding flag raising ceremonies, displaying RBG flags at our homes, placing RBG stickers on our cars, wearing RBG buttons, publicly reading the Declaration of Rights of the Negro Peoples of the World and hosting public viewing parties for the documentary “This Flag of Mine: Towards 100 Years of Red, Black and Green.”

The Mhotep Corporation distributed the documentary in 2011. Nnamdi Azikiwe, the company’s President and CEO stated, “We produced the short film to document the origin, purpose and history of Red, Black and Green. Years ago, a friend asked us to make a presentation to her elementary school students about the history of our flag. The documentary is a result of that presentation.”

During 2016 Mr. Azikiwe realized melanin deserved special recognition on August 13. “I decided to start referring to August 13 as World Melanin Day. Over three-hundred thousand scholarly articles exist involving melanin, yet in the media it is as though the chemical does not exist,” he said. Expanding further he stated, “Melanin puts the ‘B’ in RBG and the ‘Black’ in Red, Black and Green.” On May 15, 2020 The Mhotep Corporation announced the release of Mr. Azikiwe’s book “Melanin Is Worth More Than Gold: Is This The Era Of The Blessed Generation.” It details why melanin is worth more than gold. According to Mr. Azikiwe “100 years of RBG as the colors of Africans at home and abroad, while melanin is worth more than gold at the same time the Afro, official currency of the Sovereign United States of Africa is worth over $2 influences awareness, perception, and power. Is this what Marcus Garvey, Provisional President of Africa referred to by ‘look for me in the whirlwind?’”