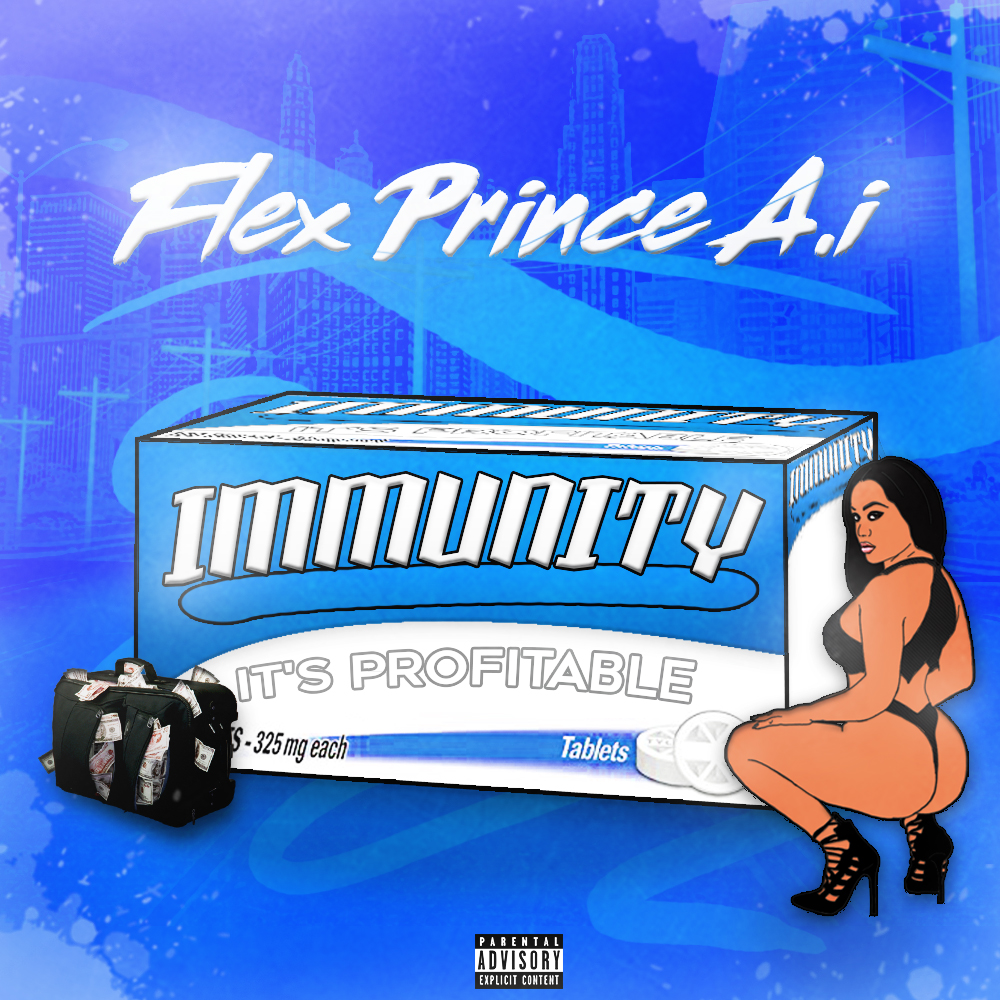 Flex Prince A.i. is a hip hop artist from Jersey City, New Jersey who was born on July 18, 1997. A.i. has had an interest in music ever since he was a baby. From dancing, to playing an instrument, to even singing, A.i. has enjoyed many forms of music. He originally started writing songs and writing poetry at 11. By the time he was 15, he started rapping. At 16, he released one of his first songs on his SoundCloud under the name “MC-Ai.” At 17, he released his first EP titled “Codename: Abraham.” 2 years later, he released a mixtape titled “Gifted,” which can be found on both Spinrilla & SoundCloud.
Throughout his career, Flex Prince A.i. has done a few collaborations with other young artists that he grew up around. He is also expecting to release a collaboration mixtape in the fall of 2018 with his high school friend, JCutz.
As a versatile artist, Flex Prince A.i. has had many influences throughout his life. His top favorites are 2Pac, Nas, Eminem, Biggie, Eazy E, Snoop Dogg, & Ice Cube. He also has much love for younger artists such as Dave East, Don Q, G Herbo, A Boogie, Young M.A, & Joey Bada$$.
A.i. has set many goals for himself as a growing artist, one of which is to be one of the hottest mainstream artists before he turns 25.
Check out ''Immunity'' by Flex Prince A.I.: