Chicago-Midwest BLACKS ARE GLUTTONS FOR PUNISHMENT AND THERE IS NO QUESTION ABOUT IT! AT SOME POINT BLACKS HAVE TO WAKE UP!

BLACKS ARE GLUTTONS FOR PUNISHMENT

AND THERE IS NO QUESTION ABOUT IT!

AT SOME POINT BLACKS HAVE TO WAKE UP!

Birth Of A Nation: Nat Turner's Mental and Military Motivations By EZRAH AHARONE |  Nate Parker's movie The Birth of a Nation has revived the question: What caused Nat Turner's 1831 uprising?

Turner, first of all, was not a deranged misfit who acted outside of a historical context of previous African freedom fighters. Throughout…

As I write this letter to you, I came to these plains of Siurungu village, on the outskirt of Nkurenkuru town in northern Namibia on the border with southern Angola. It is here on these banks of the Kavango River, that my childhood memories were ignited. As a little boy in the 1970s, I looked after cattle, goats and started school under a tree at Kakuro village. Those years, we were not free. We were governed from Pretoria, South Africa by the Apartheid government. This country was called…

Since 2000, a group of concerned Caribbean-Americans in South Florida, has developed Voters’ Guides to help you 1) select the better candidates who may promote the interests of Caribbean-American people in South Florida, and 2) provide guidance on constitutional ballot amendments. We have watched various political news programs, read local and national newspapers, attended town hall meetings, and consulted with non-partisan advocacy organizations and local community leaders. We have assessed…

Africa Experience Ghana 2017: Join us on an exciting 10 day tour and insider view of Ghana. Have you ever wanted to visit the motherland?
Do you need a break from the 'matrix' and want to enjoy an exciting adventure abroad?
Do you enjoy off the beaten path and authentic (not touristy) travel experiences?
Are you a business person or entrepreneur interested in expanding to Africa?

This Trip is for… From festivals to software to street fairs, the New Orleans Multicultural Tourism Network (NOMTN) is helping local businesses share and spread the news about what it means to love New Orleans as African American travel continues to rise globally along with African American travel spending, roughly $48 billion in the United States alone, according to… 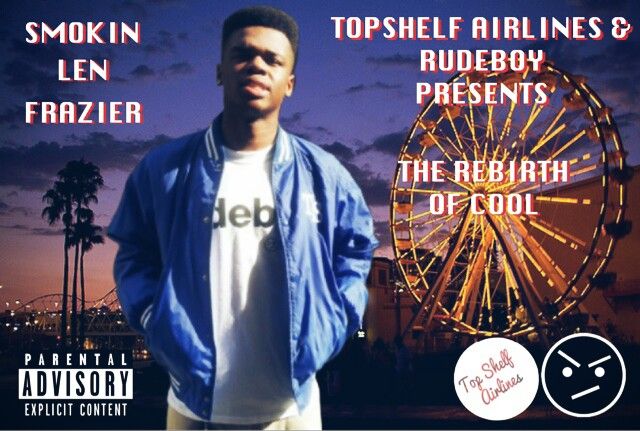 You and I can both agree the rap game is over saturated with dumb down lyrics, talks of violence,
Popping pills, doing coke, and sipping lean over trap beats.
This a Project with non of that redefining the world "Cool"
changing your… Hey world hope yall ready to take this journey with me this mixtape is dedicated to my best friend AND partner Richie "Rob Johnson" Rich which we lost to a drunk driving accident.... ima keep u alive forever i started and ended the mixtape with him in track 1,7…

NYMetro The Criminalization of Immigration In the cover story for the Fall 2016 Issues in Science and Technology, Harvard University sociologist Mary C. Waters contends that the problems of mass incarceration and undocumented immigration have created legal forms of oppression that, although not formally racist, have a disproportionate impact on African…

This is the second installment of Dogs from CDM. DJ Leem along with his cousin Jr Hemingway former Kansas City Chiefs Wide Receiver are taking the midwest by storm. One year after the duo started recording music they delievered this classic project "Dogs 2". Be on the look… Black Millennials are 11.5 million strong and…

Strictly Kong Entertainment presents Wipe your tear, a song dedicated to Breast Cancer  Written and perform by Strictly Kong Recording artist Monsta Kodi.
Wipe your tears was inspired by a local On air personality that ask Kodi was he up to the task to create the project. Kodi says this song hits home dear to his heart and he hopes it can help bring the awareness for… A hybrid of energy, attitude, intellect, creativity, realism, joy and pain, this artist is rightfully known, as Jonny has emerged harder, faster, and more complex…

Black Conservative Leader Stacy Washington Was Called Out by Post Columnist for Saying Americans Should Be Outraged by Demeaning Statements Made By Musicians and Others, Not Just Politicians

Review: This first album in a series of old school sounding Hip Hop sees the german "Riddimmachine", Don Goliath, venture into a non Reggae related musical genre for the very first time. Same as for Reggae the Don always shared a great passion for…

DMV MIXTAPE: Keasha Beard is breathing optimism into the mic with her lyricism and witty delivery

Keasha Beard is breathing optimism into the mic with her lyricism and witty delivery. Emerging from a past of addiction and darkness, she is heavily promoting the light through her music. Her message is simple: "Choose love, Choose life." Keasha… "Bigga Is Betta" is Team Bigga Rankin's latest WRNR offering, this mixtape is a compilation of some of today's hardest working independent artists. Bigga Rankin is a pioneer in the game, known for breaking various artists and records. Volume 2 of this project brings in YFN Lucci to co-host alongside Bigga. As always we have the Pro-tools god, Dj Stikuhbush engineering our…

NYMetro The Birth of a Nation Film Review by Kam Williams The Birth of a Nation
Film Review by Kam Williams…

Georgia Will Barack Obama Be The Next UN Secretary General? (Video) 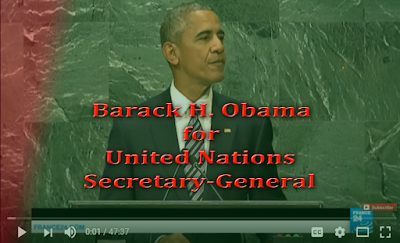