What’s In Store for PASSHE and Cheyney? 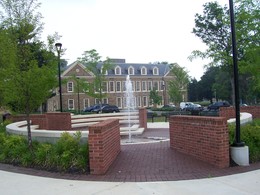 The SARS-CoV-2 epidemic is wrecking havoc on US higher education at a time when higher education was already in a precarious situation due to a lack of visionary leadership and innovation, ever rising costs, shrinking demographics and competition between conventional institutions and for profit colleges. In an effort to adapt to the demands forced upon them by COVID 19 many universities ramped up their distance learning offerings and have been pressured to upgrade their IT capabilities.

Around the country many schools and systems like the Pennsylvania State System of Higher Education (PASSHE) were already facing existential challenges and stiff competition (nationally Pennsylvania ranks forty-eight in affordability and is dead last in post secondary enrollment) and now find themselves in an even more precarious situation due to the disruptive impact of SARS-CoV-2.

In the past the Pennsylvania legislature recognized many of the problems but elected to keep kicking the can down the road because remedies would prove costly and disruptive. Within the last three years PASSHE and the legislature paid for two studies to address the systemic issues impacting the viability of the system. The first was done by the Colorado based National Center of Higher Education Management Systems (NCHEMS), a year later one was done by the Rand Corporation. The two studies offered two distinct assessments and recommendations.

NCHEMS recommended a complete overhaul and redesign of PASSHE to give more power to university presidents and the Chancellor and taking politics out of the decision making process. Rand recommended closing and merging troubled schools. It seems the legislature now wants to take recommendations from both studies to plan the future of the system.

Even before COVID 19, PASSHE experienced a steep decline in enrollment. This decline is based upon decreasing demographics and rising costs. “Since peaking at 119,513 in 2010, PASSHE enrollment has declined continuously to reach 95,494 in the fall of 2019. The drop of 24,019 students represents a 20 percent loss…West Chester, which now has the largest student count at 17,691, has added 3,210 students since 2010 while Slippery Rock has seen enrollment remain essentially flat in the same period. But all other state system schools have lost at least 10 percent, with some of the student losses simply shocking. Take, for instance, the 61 percent drop at Cheyney; a 51 percent enrollment drop at Mansfield; a 46 percent decline at Edinboro; a 42 percent decline at Lock Haven; Clarion’s 36 percent drop and Indiana’s student enrollment decline of 32 percent.” Problems with Pennsylvania’s State Colleges are getting worse Colin McNikle Feb 18, 2020 https://www.pennlive.com/opinion/2020/02/problems-with-pennsylvanias-state-colleges-are-getting-worse-opinion.html

Compounding the logistical uncertainty of COVID and declining enrollments are also other major factors such as escalating staff benefits costs and bond debt. These are issues PASSHE and its funding source, the Pennsylvania legislature via state taxpayers, have yet to address and resolve.

Now there is a move for the PASSHE Board of Governors to exert more direct control over the system with the power to be able to merge, close or redesign/rebrand schools to meet exigencies. Pennsylvania legislators recently approved House Bill 2171 that would give the PASSHE Board of Governors the ability to: “create, expand, consolidate, transfer, dissolve, or close an institution or college, empowering the Board to better align the system with Commonwealth workforce needs and enrollment.” https://www.legis.state.pa.us//cfdocs/Legis/CSM/showMemoPublic.cfm?chamber=H&SPick=20190&cosponId=30815 The Bill would also alter the duties of the Chancellor.

Historic Cheyney University the first institution of higher learning for “descendants of the African race” is a member of PASSHE and has had ongoing problems with enrollment, retention, finances and debt. Over the years it has experienced blatant discrimination by the Commonwealth and PASSHE that resulted in US government intervention and several successful lawsuits filed by faculty, students and alumni in attempts to redress and remedy the situation.

Recent reports indicate an upswing in Cheyney’s enrollment and progress in the university’s efforts to monetize the campus. Next week we will look at how this new legislation might impact Cheyney.